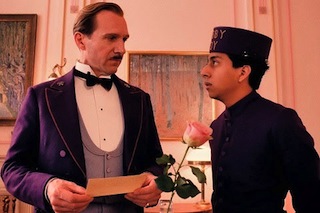 Modern VideoFilm president of creative services Mark Smirnoff said that the facility is thrilled by the success The Grand Budapest Hotel has enjoyed both at the box office and with the Academy. “This became a very big project for us,” Smirnoff said, “It involved an intense commitment from our staff and a very interesting and unique workflow.”

Color grading was split between Modern’s Burbank facility and a DI theatre at Molinare in London where Modern set up and operated a remote Da Vinci Resolve system. The facility sent colorist Jill Bogdanowicz, an engineer and a DI producer to England on four occasions over a period of several months to work directly with Anderson in finalizing the film’s look. Editorial conforming, meanwhile, went on simultaneously in Burbank. 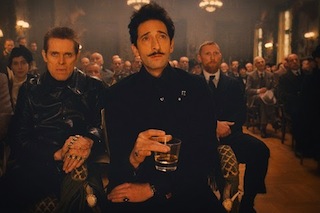 “We set up a pipeline connecting our Burbank facility with the theater in London,” recalled DI producer Zara Park. “While we were asleep in London, the editorial team in Burbank would be making any changes that Wes Anderson had requested that day—recuts, opticals, visual effects. When we arrived for work the next morning, it would all be done.”

The grading process itself required meticulous handling to fully realize Anderson’s unique vision and attention to detail. The movie, which was shot on 35mm film, encompasses three time periods that are reflected in distinct color treatments and aspect ratios. Sequences set in the 1930s were shot in 4:3 aspect ratio and appear in vibrant colors. Scenes set in the 1960s were shot with anamorphic lenses at 2:35:1 and have a less stylized, but warm, saturated look.

Segments set in the 1980s were shot 1:85:1 and are colored in a still more realistic manner.

Price recalls a scene in a train station where Anderson wanted to alter the speed of actors running to catch a train. “I had to separate the steam and smoke from the actors,” Price explained. “While speeding up the actors, I didn’t want to also speed up the smoke as that would have spoiled the effect.”

Smirnoff noted that Modern’s transatlantic collaboration with Wes Anderson required clever engineering, heavy data wrangling and long hours from the facility’s staff, but that everyone is pleased with the results. “It was a great effort from our staff and our partners at Molinare,” he observed. “It worked out very, very well.”