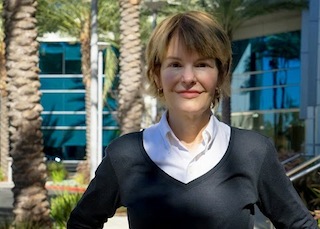 Modern VideoFilm has appointed Julie Currin as vice president of sales/feature film. Currin will lead a new effort to grow Modern’s share of the post-production market for motion pictures and enhance its relationships with major studios, independent producers and filmmakers. Her background includes more than 15 years in senior sales and marketing roles, including posts with Deluxe, Laser Pacific and Technicolor.

“Julie’s expertise in all aspects of post-production will make her a valuable asset to our clients in planning their projects and workflows,” said Modern VideoFilm president/creative services Mark Smirnoff. “She brings intelligence, tremendous enthusiasm and a customer-centric focus, all of which make her a great addition to our team.  We’re glad to have her on board.”

Currin will assist feature film clients in taking advantage of Modern’s status as a full service post-production supplier. “We service film productions from dailies through digital intermediate,” she said. “Modern has great talent, robust resources and a 33-year legacy of partnering with studios and creative talent. We provide quality work in all aspects of post-production. I am honored to be a part of this team.”

Currin added that while her focus is on feature films, she will also assist in new business development for television, distribution and other market sectors.