MTI Film Restores The Power and the Glory 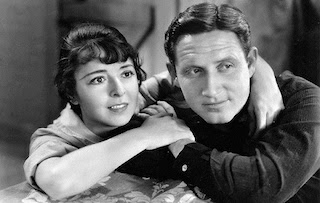 MTI Film, Hollywood recently completed the restoration of 20th Century Fox’s 1933 classic The Power and the Glory. The restored version of the film is currently submitted for a 2016 Focal International Award for Best Archive Restoration and Preservation Project. Directed by William K. Howard, The Power and the Glory tells the story of a ruthless railroad tycoon who works his way up from track walker to president of the company. The film is notable for a strong performance from a 33-year-old Spencer Tracy and for its script, the first produced by Preston Sturges.

The film is told through flashbacks and is often cited as influencing Orson Welles and Herman J. Mankiewicz, and their script for Citizen Kane. In 2014, the Library of Congress deemed the film “historically or aesthetically significant” and it was selected for preservation in the National Film Registry.

“The quality of the source elements presented a significant challenge,” recalls MTI Film CEO Larry Chernoff. “We had two dupe negatives and a fine grain, all of which were old, worn and warped. The fine grain was the best of the three, but it was missing many sequences and frames.”

MTI Film first scanned all three elements at low resolution in order to reconstruct the film and determine which element was best used for restoring each section or frame. They chose to use the fine grain as the principal element for the restoration and scanned it again in its entirety in 4K. They also produced 4K scans of those portions of the dupe negatives that were to be used to replace elements missing from the fine grain.

Once the reconstructed master was in place, the actual work of restoration began, a process Chernoff describes as “painstaking and arduous.” The work was split between MTI Film’s facilities in Hollywood and China, with teams at both sites using the company’s DRS Nova software to remove dust, repair scratches and address a myriad of other problems evident in the film.

“We had to de-warp all of the film, as significant warping had taken place over the past 70 years,” Chernoff notes. “We had to stabilize the imagery and we made a tremendous effort to match the geometry of the dupe negative to the fine grain to avoid bumps and distortions.”