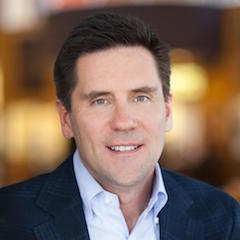 National CineMedia, the managing member and owner of 48.6 percent of National CineMedia, LLC, the largest cinema advertising network in the U.S., announced today that the company’s board of directors appointed Thomas F. Lesinski to the role of chief executive officer, effective August 2. He will continue to serve on the NCM board in his new role.

An accomplished executive with a career bridging the entertainment, digital media, sales, marketing and advertising industries, Lesinski had served as NCM board chairman NCM, Inc. since August 2018, after being appointed as independent director in December 2014. Since 2015 he had also served as CEO of Sonar Entertainment, a leading TV production company, after serving as a Sonar board director since 2013. His extensive 25-year Hollywood career also includes prior leadership roles as CEO and founder of Energi Entertainment, president of digital content and distribution with Legendary Entertainment, president of Paramount Pictures Digital Entertainment and president of Worldwide Home Entertainment for Paramount, and both executive vice president and general manager of home entertainment and executive vice president, worldwide marketing and development at Warner Bros. He began his career in advertising, working at industry leaders BBDO, Foote, Cone & Belding, and Clairol Inc. 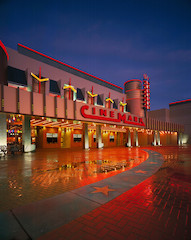 Lee Roy Mitchell, NCM board director and founder and chairman of Cinemark said, “With the help of Korn Ferry, the board conducted an extensive search for an innovative leader with vision – someone who will ensure that NCM remains the industry leader in bringing brands and movie audiences together while positioning the company for sustainable, profitable growth. The longer we looked, the more we realized that our own chairman had the best combination of a deep understanding of our business and the wide-ranging industry experience necessary to lead NCM. Tom’s unique background in film, TV, digital entertainment, media, sales, marketing and advertising position him to expand our core cinema advertising business while developing new growth opportunities. The board is confident in NCM’s future under Tom’s leadership.”

“Over the past five years, I have seen the power and potential of National CineMedia’s cinema advertising network and experienced the talent and dedication of NCM’s team and exhibitor partners firsthand,” said Lesinski. “NCM is the largest cinema network in the U.S., and our Noovie pre-show and digital products reach and engage hundreds of millions of moviegoers a year. These are young, cord-cutting audiences that are hard to find on traditional TV or other premium video platforms, which makes having access to them especially valuable to brands. I look forward to working to build upon the company’s strong foundation of success and continuing to accelerate its growth for years to come, further enhancing our market position to drive value for stockholders, employees, exhibitors, and advertising partners alike.”

Board director and retired NCM CEO and chairman Kurt Hall noted, “Having been one of NCM’s founders and been in his seat, I know Tom is the right person to lead NCM into the future. His years of involvement with NCM, his strong relationships with our exhibitor partners, and his broad entertainment experience within both traditional and digital media organizations have provided Tom with a strong set of leadership skills and a unique perspective into our company and today’s media business. I look forward to working with Tom and the rest of the NCM board as we promote innovation for marketers to drive our revenue growth and higher returns for our stockholders.”

Clifford E. Marks, who had served as both president and Interim CEO of National CineMedia since November of 2018 and will now return to his role as president, said, “I have been working closely with Tom as our chairman, and I am excited to continue to partner with him to innovate and drive revenue and value for NCM. Tom brings great skills and experiences to the table with a diverse business career spanning filmed entertainment, advertising, sales, marketing, digital and content creation, all of which will benefit the company. NCM’s future is bright, and we now have the right person at the helm to lead us.”