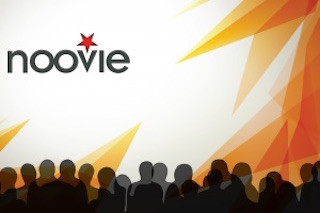 NCM’s CEO, Andy England, started off the presentation with a vision for NCM’s new pre-show, called Noovie, which will replace FirstLook at the end of the year. “So, What’s Noovie?” he asked the audience of marketing executives and media buyers. “Noovie is a new premium video platform developed by NCM to connect your brands with movie audiences. At its core, Noovie is NCM’s new pre-show that audiences will experience before the movie. But Noovie stretches beyond the theater — it’s also an integrated digital ecosystem delivering entertaining content, purposeful commerce, and interactive gaming opportunities. Most importantly for NCM and our brand partners, Noovie gives movie audiences a reason to arrive early to discover what’s next.”

Content is a key part of Noovie, and NCM will be programming a special early content segment that will give audiences a look at What’s Noovie in their world. Pilot content unveiled at NCM’s Upfront event included an exclusive interview with Kate Mara on her starring title role as U.S.

Marine corporal Megan Leavey; Noovie Soundcheck, an exclusive, cinema-first music series in partnership with Sony Music Entertainment’s Rumble Yard that gives fans a glimpse into those unscripted, unrehearsed moments with the band before the concert crowds arrive, launching with Foo Fighters; and a new locally-focused documentary series in partnership with Indigenous Media, the creators of 60 Second Docs.

NCM also teased a new physical product that will put augmented reality from studios and brands directly into the hands of moviegoers. The product is being created and produced by Concourse Cinema Ventures with Regal Cinemas as the official launch partner. An official product announcement is set for this summer.

Audiences love trivia, and NCM is introducing Name That Movie, the next generation of movie trivia with fun new ways to play, both in theaters and digitally.

NCM has entered into an agreement to acquire Fantasy Movie League, a box office predictions game co-created by ESPN's senior fantasy analyst Matthew Berry that combines the fierce competition of fantasy sports with the world of entertainment and movies. There are more than 210 million people in America who self-identify as movie fans, more than the NFL, NBA, NHL, Major League Baseball, and NASCAR combined.

Fantasy Movie League free to play at www.fantasymovieleague.com or by downloading the iOS app, and fans can compete from any device to play in public leagues or set up their own private league with co-workers, friends and family. Movie fans become virtual theater owners as they pick which movies to show that weekend to earn the most money. How much money those movies make at the real-life box office is how much they make at their fantasy cineplex. 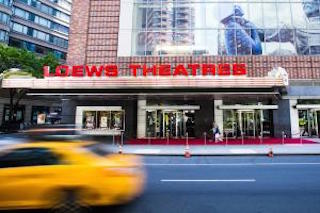 NCM president Cliff Marks said, “When we began to re-imagine the pre-show, we knew that we wanted to build Noovie into an entertainment brand that develops engagement through content that is relevant to today’s movie audiences.”

“But we also knew we needed to expand Noovie beyond the four walls of the theater,” he said, “by creating new digital properties including a Noovie app and social media channels that will allow us to consistently drive people from the pre-show to mobile and back again, engaging movie audiences wherever they may be. We’re building it all to be a great consumer experience, which will of course make it a great opportunity for brands as well.”

Berry said, “I’m really excited about the partnership with NCM and thrilled to be here to talk about Fantasy Movie League. Over 60 million people play fantasy games in the US and Canada and that number has grown 20 percent in the last five years. Fantasy players are more brand aware, they're more brand loyal and they're stickier than non-players, which is great news for advertisers. The Fantasy Movie League playing audience is also much more gender balanced than fantasy sports, and younger — 60 percent of our players are 35 or less.”

“At NCM, we want to be the connector between brands and movie audiences. But who are these movie audiences, and why should brands want to connect with them?” said NCM’s new executive vice president and chief revenue officer, Scott Felenstein. “Movie audiences are young — NCM’s average age is 32 — and they’re affluent, incredibly diverse, and extremely social. When you connect with movie audiences, you are literally influencing the influencers. And most movie going takes place on weekends, the same days that people are most likely to make a purchasing decision.”

“But people don’t stop being movie audiences outside of the theater, which is why NCM’s Cinema Accelerator reaches them at every point along their movie-going journey,” Felenstein continued. “And with our great new suite of Noovie digital properties like the Noovie app and Fantasy Movie League, we’re not only creating new digital ad inventory, but a robust amount of NCM-exclusive first-party data. All of this great moviegoer data will pour into our DMP and Cinema Audience Targeting Optimizer systems, which were the first in the industry, to lead to even better targeting, measurability and ROI for your campaigns.”

“NCM is more than just a great cinema company,” Marks concluded. “We’re transforming into a progressive media company with a host of new on-screen, digital and “mobile experiences that offer exciting new ways to reach the best audiences out there — your audiences. I know you’ve seen a lot of content this week, but nothing beats a great Hollywood movie. It’s going to be another exciting year at the movies, and at NCM.”