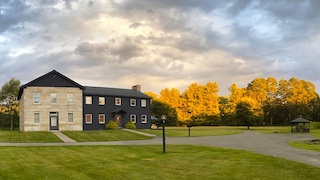 The Post New York Alliance has added three new members to its association: Cadence Effects, Running Man, and Shishkin Productions. The PNYA continues to grow as New York’s post-production industry expands and more companies and individual professionals seek to support its mission of advocating for the state’s media tax credit program and other issues of common interest.

Cadence Effects is a mid-size visual effects studio housed in a dry-stacked, stone-wall building, dating to the 19th century, and rests on six acres of land in Columbia County, New York. Founded by veteran visual effects supervisor Craig Crawford, the company has amassed an impressive track record in film and television that includes the hit Netflix series Outer Banks, Servant for Apple TV+ and The Many Saints of Newark and Game of Thrones for HBO, as well as films like Old for M. Night Shyamalan.

Cadence has been growing steadily, especially since visual effects producer Jeremy Beadell came on board in 2017. It now boasts a full-time staff of about 20. Current projects include Netflix’s Stranger Things.

Being physically distant from the industry’s media centers works to Cadence’s advantage, Crawford and Beadell observe. It’s helped the company recruit top talent drawn by the area’s lifestyle and low cost of living. “We’ve also developed a fantastic connection with Savannah School for Art and Design,” says Crawford. “We’ve recently hired six of their graduates. We relish the opportunity to train young artists and get them straight into comp. We’re not so big that we have separate roto and paint department. We let artists take shots from start to finish.”

Crawford and Beadell see membership in PNYA as a way for Cadence to build networking ties to other VFX and post service providers. They also hope to gain exposure that will aid in hiring and business development. “We want to bring more quality people to Columbia County,” Beadell concludes. “We want people to feel comfortable coming here, knowing we offer longevity.”

Led by colorist Troy Thompson, Running Man is a boutique-size post house that delivers comprehensive editorial and finishing services in an intimate setting. Along with edit suites for hire, it offers onsite color correction, visual effects, mastering and other services. Its completed television projects for Netflix, Comedy Central, TBS, HBO and PBS, and has serviced indie films such as Tribeca Jury Award-winner Keep the Change and SXSW Official Selection Claire in Motion.

According to Thompson, Running Man’s success derives from the way in invests itself in its projects. “We give our clients a one-on-one experience so that they feel that their project is our highest priority,” he insists. “We built our space in an unconventional way. Our rooms are incredibly spacious. We had desks custom-made by a design firm from San Francisco. We want to people to feel like they’re home.”

Thompson looks to PNYA as a source of support, information, and resources his company needs to thrive in an industry reshaped by the pandemic. “We want stronger connections with people and organizations in other areas of the industry,” he says. “I applaud the work PNYA is doing to build a post-production community that is working together. It’s incredibly important to us.” 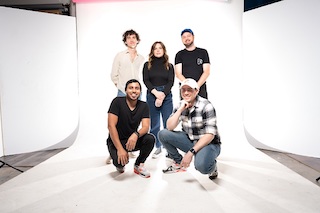 “Most everything we do is under 20 minutes,” explains founder Shishkin, adding that the company takes a hands-on approach and prides itself on finding creative ways to deliver unexpectedly great results. “We have a scrappy ethos, there’s nothing corporate or stuffy about us.”

Shishkin also values its membership in PNYA as a way to broaden its horizons. “During the pandemic, with many people working from home, opportunities to meet people were limited,” he says. “We’re hoping this kickstarts our networking.”

Gasaway adds that she and Shishkin have already registered for PNYA’s Slack channel. “It connects members seeking advice and problem-solving support,” she notes. “Hopefully that will lead to fruitful, long-term relationships.”