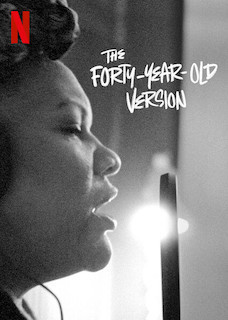 Rebekah Hernandez is a Post New York Association board member and a post-production supervisor whose recent credits include the Sundance Grand Jury Prize winning film The Forty-Year-Old Version and Showtime’s hit series Billions. A native New Yorker, Hernandez has come a long way since she landed her first job as a production assistant in 2013, but it hasn’t been easy. It took time to find someone willing to give her a shot and she experienced a few false starts, but her hard work and persistence eventually paid off, and now the sky’s the limit.

Her parents came to New York from Mexico and Costa Rica. Like many immigrants, they worked hard and motivated their four kids to attend college and progress in ways they could not. Attracted to the entertainment industry from a young age, Hernandez studied film and television at SUNY, Fredonia and thought a degree would immediately open doors.

“I applied everywhere – ABC, NBC, studios – and got no answers,” she recalls. “I responded to an ad on Craigslist looking for a post PA but when I showed up for the interview, it was a residence in Harlem. It turned out to be a lovely older gentleman who was working on his second or third documentary. He didn’t have a big budget, so he paid me in lunches and MTA rides.” 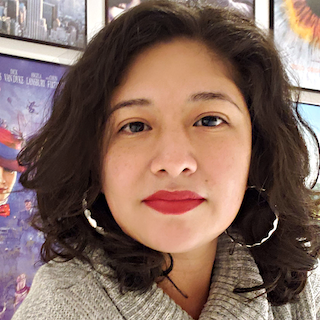 She managed to land occasional work on reality TV productions while holding down barista and receptionist jobs to pay the bills. Eventually, she found herself in a full-time gig at a doctor’s office and wondering if she needed to reevaluate her career choice. A coworker mentioned that her husband “worked in music or sound,” and offered to make an introduction. She directed Hernandez to a building on Broadway. It was home to the post house Sixteen19 and the sound facility Sound One.

“Her husband was Mariusz Glabinski, a sound editor and re-recording mixer, who gave me a tour and introduced me to (Sound One studio manager) Jay Rubin,” she said. “Jay was busy and spoke to me for two minutes. He told me, ‘Go into banking, anything else, save yourself.’” 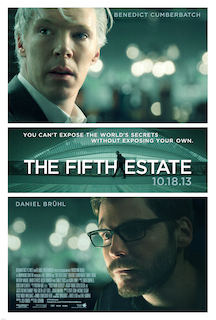 Forgoing that advice, Hernandez left her contact information and a few months later was offered an internship by Sixteen19. It was the foot-in-the-door she’d been craving. “I kept a notebook with me and created a list of things to do,” she says. “I took initiative, organized the tech room, labeled everything, learned to cut, and solder ethernet cables. When the techs needed to set up an Avid in other facilities, I volunteered to help.”

She gained experience and just as importantly began making the type of contacts that are essential to success in post-production. Colleagues impressed by her eagerness recommended her for a job as an assistant to post-production supervisor Jennifer Lane on the DreamWorks film The Fifth Estate. It proved to be the break she was waiting for as Lane later hired her as a post-production coordinator on Into the Woods and Mary Poppins Returns.

In 2017, Hernandez earned her first credit as a co-supervisor on Amblin Partner’s Thank You for Your Service.

She initially got involved with PNYA to broaden her network of industry contacts. She began attending the organizations Post Intelligence Gathering events, volunteering to check people in as a way to say hello. “Everyone was very welcoming,” she recalls. “Obviously, they’d known each other for years, but they never made me feel like the new kid. It was a community, and I wanted to get more involved.”

Even though her working career demanded long hours, Hernandez found time for PNYA activities. She began to see it as not only a benefit to her career, but also as a chance to help others, especially young people from under-represented populations. “There aren’t a lot of faces that look like mine in this industry,” she said. “We need more diversity. For me, it’s about paying it forward. I didn’t get here on my own. I succeeded because people took a chance on me, and I want to see others, including young Latinos, get that same chance.”