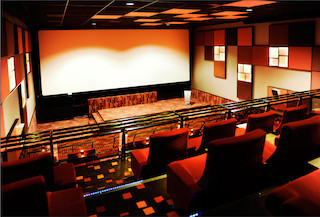 RSB Cinemas has become the first Dutch exhibitor to adopt a fully cloud-based theatre management system. The independent group has selected CineXpert’s e-TMS for its six cinemas across the Netherlands.

CineXpert e-TMS handles functions such as integrating with point of sales, detecting missing content and automating key delivery messages delivery. This TMS does not run locally in the cinema but in a secured cloud environment from CineXpert or from exhibitors.

RSB Cinemas were previously equipped with basic TMS, locally, out of Dolby servers. With the CineXpert e-TMS, content operations are now performed centrally from the cinema headquarters.

According to RSB Cinema’s’ Han Wolf, “The biggest added value is that no additional equipment is needed in the cinemas, so no initial investment nor ongoing associated support costs. We also are working with a preshow that is more and more dynamic, which became possible thanks to CineXpert and moreover cinema managers can give more focus to their customer and team.”

CineXpert’s Thierry van der Kaa said, “Whatever the brand of the screen player is, with just a single click, shows are delivered to all cinemas and screens. This is a great workflow improvement.”

He said, the fear of losing the internet connection and the e-TMS service does not really make sense. “Exhibitors are programming their cinemas at least a couple of days beforehand,” said van der Kaa. “That is the most widely spread work process. Once created, the programming is directly pushed, thanks to the e-TMS, towards screen players which become standalone for the operations during a few days. The risk of an internet issue is really mitigated.”