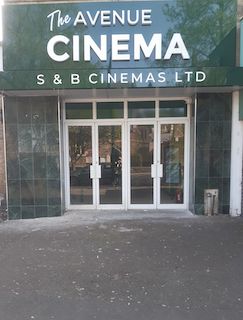 The new venue, located in Minehead, a beautiful seaside town on the edge of Exmoor in West Somerset in the United Kingdom.

The town had been without a commercial cinema since 2017. Locals had to travel an hour to the nearest multiscreen cinema. The new cinema has been welcomed by the local population, as well as visitors to the area. 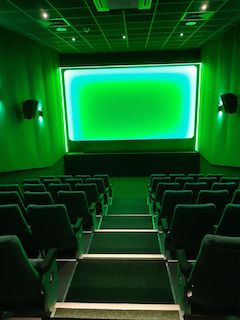 The site was a derelict Lifestyle Warehouse discount store and the massive reconstruction involved stripping the building down to the bare walls, removing and replacing the roof, and building three luxury auditoriums from scratch.

S&B cinemas is owned and operated by the husband-and-wife team of Pat and Beryl Scott, who opened their first cinema, the Ritz Burnham-on-Sea, in 2004.

This was followed by the Westway in Frome and their estate now has three sites with nine screens in total.

The Avenue Cinema Minehead has two 60-seat screens and a larger screen with 112 seats.

Cinema Next handled the purchasing and installation of the cinema systems. The theatre is equipped with NEC laser projectors and Dolby 7.1 sound.

In addition to the sound and projection equipment, CinemaNext provided hearing assistance/audio description systems throughout the Avenue Cinema Minehead and have also secured the service and support contract across the estate.