In honor of Small Business Week, Screenvision Media has announced today that it will host its nationwide Corner Stories promotion for the second year in a row. Corner Stories, a feature in Screenvision’s Front + Center cinema preshow, was created by the company’s in-house creative team, and is part of Screenvision Media’s ongoing efforts to champion small businesses and highlight their compelling stories on the big screen.

Now through May 27, small businesses across the nation are invited to enter for the chance to be featured in the next edition of Corner Stories. To be considered, entrants must submit their company story, showcasing how their small business is as unique, captivating and enthralling as the feature films that moviegoers have come to enjoy at their local theatres.

“I was very impressed by all of the small businesses we reviewed during last year’s Corner Stories contest,” said Grunberg. “I am looking forward to working with Screenvision once again to identify even more outstanding local businesses, and cannot wait to showcase them on the national stage. I don’t know if I’m more excited about being in Star Wars: The Rise of Skywalker or discovering the new group of small businesses competing in this year’s Corner Stories.”

This second installment of the Corner Stories program continues to build on the success of last year’s contest and on Screenvision Media’s ongoing commitment to supporting small businesses. In April, a new preshow segment, Mini Corner Stories, began running across the network, further showcasing small business stories like that of Michigan’s Pop! Designs & Creations, the balloon artist behind the viral sensation Conrad the Unicorn. 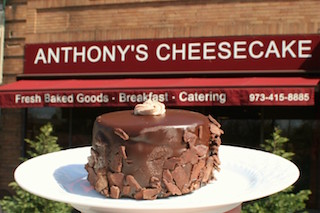 As a new addition to this year’s initiative, moviegoers will now be a part of the action, and will help select the ultimate winner. As part of Screenvision Media’s Front + Center preshow, a new promo will air inviting audience members to vote for their favorite of the five finalist businesses on Twitter and Instagram. The audience vote accounts for 10 percent of the final scoring.

“After the success of our first Corner Stories program last year, we are thrilled to bring the platform back to showcase and support even more small businesses on the big screen,” said Gerald Griffin, executive vice president, local and regional sales, Screenvision Media. “We know the effect small businesses have on their communities, and are proud to expand that impact by sharing these riveting, cinematic stories with the entire country in our preshow. We are especially excited to bring the audience into the action this year, giving them the chance to help choose which business deserves to be spotlighted nationwide.”

Last year’s Corner Stories winner, Anthony’s Cheesecake from Bloomfield, New Jersey, is a testament to the impact of local businesses and the power of cinema advertising.

“We’re incredibly proud of our commitment to our local New Jersey community, and it was an amazing feeling to be able to share our story with audiences all over the country,” said Anthony Lauro, co-owner of Anthony’s Cheesecake. “We already had strong support from the members of our community, but the response from people all over the country has been overwhelming. We love what we do, and we are so grateful that we were able to share that.”

Small business owners can nominate their business by submitting their information and unique story at https://SVCornerStories.com.