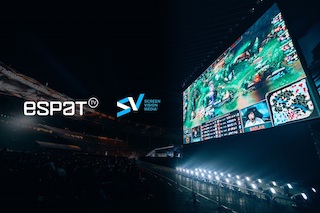 Screenvision Media has announced a partnership with eSports and gaming production company ESPAT TV. Under the terms of the deal, details of which were not disclosed, ESPAT will produce and distribute gaming-related content across Screenvision’s in-cinema and SV Sports networks. ESPAT TV will create original content including trailers for AAA game titles that will be shown in theatres during the biggest theatrical releases for the remainder of 2021 and into 2022. In addition, gaming-related content will be shown on Jumbotron screens and concourse video displays at 330 venues during professional and collegiate sporting events throughout the U.S. Screenvision currently serves almost 2,300 theaters, or roughly 40 percent of theatres in the U.S. through agreements with AMC Theatres, Marcus Theatres, Showcase Cinemas, and others. The company also has contracts with major sports teams and organizations such as the New York Mets, Utah Jazz, NBA G League, AHL, and NASCAR, and is a partner with Learfield College and the 150-plus schools it represents. I recently spoke about the new deal via email with Christine Martino, Screenvision’s executive vice president of national ad sales.

Digital Cinema Report: What does your agreement with ESPAT TV say about the current state of exhibition?

Christine Martino: As everyone who reads Digital Cinema Report knows, we are on the verge of a Hollywood-style comeback in the cinema business. Audiences are flocking back to enjoy an immersive experience on the big screen, and we are welcoming back advertisers in a big way as well.

DCR: What can you tell us about ESPAT TV and your proposed partnership with them? 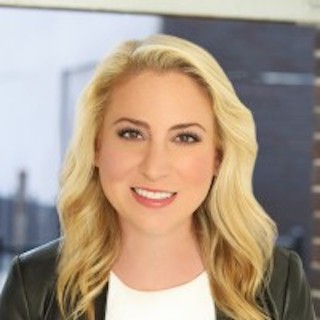 CM: ESPAT TV is a creative firm that produces cinematic-quality trailers for the world’s most popular AAA gaming titles. The trailers from ESPAT will air inside the Screenvision Front + Center show alongside Hollywood studio trailers. In addition to in cinema, we expect to run the trailers across our growing SV Sports network, which includes 330 jumbotrons in professional and collegiate sports venues.

DCR: The announcement said that ESPAT will produce trailers about gaming and eSports tournaments that will be screened across your network during your pre-show. It suggested that you’ve seen some of those trailers. If that’s true, what can you share about them?

CM: The quality of the trailers produced by ESPAT are truly of cinematic quality and deserve to run as part of the immersive in-cinema experience.

DCR: The announcement described the trailers as AAA game titles. Is that a specific acronym or does it simply mean superior?

CM: AAA game titles is the equivalent to blockbuster in the movie business meaning the most recognizable titles with audiences who are eagerly anticipating the game’s arrival, just as they would a blockbuster film.

DCR: Screenvision has existing relationships with major sports teams and other gamers. How big a role do you think sports and games will play in exhibition in the coming years?

CM: Screenvision launched SV Sports prior to the pandemic’s arrival as an opportunity to mirror the moviegoing experience into other areas that deliver highly engaged passionate fans on the biggest screens, recreating that highly engaged and immersive experience, of which sports naturally matches. As SV Sports continues to expand, we expect our in-cinema and in-venue inventory to complement one another. As we expand into the gaming space, we again look to deliver highly engaged passionate fans to advertisers as they consume premium gaming content. The connection is really organic, and we anticipate that it will further elevate Screenvision’s competitive advantage.

DCR: The studios have never fully embraced event cinema. Is that dynamic changing?

CM: With the return to live it is ever more important to put relevant content into theaters to build audiences. We feel strongly that the support from the gaming community which perfectly mimics the entertainment seeking moviegoers who are cord-cutters and cord-nevers will be excited at the opportunity to watch eSports tournaments live on the big screen in a new and exciting way.