The Search for Amelia Earhart 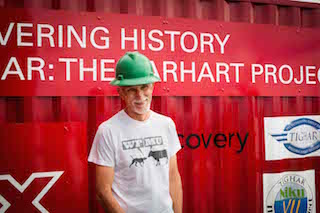 [Editor’s Note: Mark Smith is the owner and director of photography for Oh Seven Films, the production company he started in 2001. In this exclusive guest column he talks about the documentaries he's made about the search for Amelia Earhart.]

Over the years, my company has been involved in productions that span the gamut, from creating ads and television programs to documentaries and indie feature films. Though there’s certainly a lot of variety in our work, we focus heavily on documentary projects. For example, for the past 17 years, I’ve been the documentarian for TIGHAR (The International Group for Historic Aircraft Recovery) on an ongoing project to discover what happened to pilot Amelia Earhart — work that has resulted in a couple of Discovery Channel programs.

I rely heavily on software from Imagine Products, such as ShotPut Pro for offloading and PreRoll Post for archiving. As a longtime cinematographer, I have come to trust Imagine Products tools implicitly. They’re reliable, they make my job easier by removing many manual processes, and they have helped save my clients and me from catastrophe. The latest Imagine Products tool in my arsenal is the video-transcoding application PrimeTranscoder, for which I was a beta tester.

PrimeTranscoder has been an essential tool on the Amelia Earhart documentary project. It’s a group project orchestrated by TIGHAR, an aviation archeology group that has done about 30 years’ worth of work trying to solve the disappearance of Amelia Earhart. Besides there being 7 terabytes of video on the subject, the project encompasses a universe of people who contribute to it from all over the world. So, one of the biggest challenges has been creating high-quality shareable video files for all the people who need to see them. 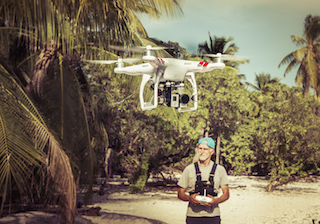 That’s where PrimeTranscoder really shines on this project: background processing of large batches of files into compressed formats that others can easily view. We use Imagine Products’ ShotPut Pro offloading application to pull files from the camera card and create verified backups to multiple drives simultaneously. Once that's done, we set up PrimeTranscoder with one of the offload drives as a watch folder. PrimeTranscoder sees what gets offloaded to the backup drive and starts processing those files at the same time, turning them into proxy files for sharing and reviewing in whatever format and size we choose. We can spend an hour setting up presets of batch files and let it run in the background, knowing that PrimeTranscoder will process a queue of hundreds of files at a time for distribution. It’s a critical time- and money-saver, especially when you consider the alternative — painstaking, file-by-file manual work.

This capability has been useful in many cases. For example, Jeff Glickman is a forensic photo analyst who works from his office on the West Coast. He studies photos and videos and extracts clues that could help solve the mystery of Amelia Earhart. To do his job, he needs the highest possible video quality in order to see important details. After one trip on which we shot many hours of underwater video off an uninhabited island where Earhart was thought to have been a castaway, Glickman needed to get a better look at some of the video. The original files would have been much too data-heavy to ship via internet and would have required a proprietary player for viewing. Time was of the essence, so I put PrimeTranscoder to work. I hooked up the drives with the footage in question, screened and pulled the relevant clips, and dropped them into PrimeTranscoder, where they were quickly converted into compressed high-resolution files for internet transit. 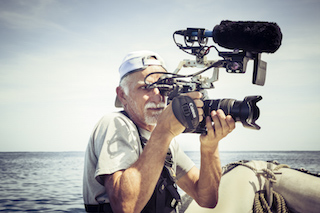 In another case, one of TIGHAR’s media partners in England needed to survey a wide range of files, all of which existed only as native camera files on backup digital tape or hard drives. It amounted to about 35 hours’ worth of material to share. In about a one-hour session with PrimeTranscoder, I gathered all the relevant files, put them in a transcoding queue, hit the go button, and walked away, knowing it might take a day or so for processing to complete. It all happened in the background while I was doing other things. I didn’t even have to think about it. If I’d had to do it manually or even semi-manually, it would have been a weeklong task that required my full attention.

Sometimes you wind up with a video file you can’t open. A perfect example is a shoot involving then-Secretary of State Hillary Clinton, whom we filmed at the State Department during an event to announce a new TIGHAR expedition. I came back from the shoot with a couple of identical, unlabeled media cards and somehow formatted the wrong card by mistake — essentially destroying the Clinton footage. I managed to recover the files, but they were in a format my edit platform couldn’t read or import, so I couldn’t use them. It was a nightmare scenario that could have been catastrophic had I not had PrimeTranscoder. I imported the unusable files into PrimeTranscoder, and it transcoded them into ProRes files, which easily solved my edit problem. I couldn't find anything else that would perform that function.

Over the years, as internet bandwidth has increased, getting files from point A to points B through Z has gotten far easier. Prime Transcoder enables proxy generation and file transcoding in faster, smarter, more efficient ways that take the grunt work out of the process and free me to do far more productive things with my time.