Semel Directing The Man in the High Castle for Amazon 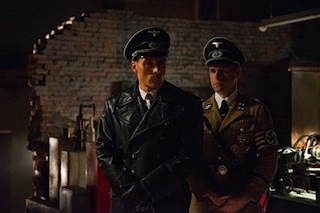 David Semel, who directs commercials through Accomplice Media, has a history of directing pilots that become hit television series. In his latest television outing, based on the award-winning Phillip K. Dick novel, The Man in the High Castle, Semel engages in a frightening, but enthralling, game of “What if?” Produced for Amazon by Ridley Scott the story is an alternate history set in the aftermath of World War II; in this telling, the Nazis and their Japanese allies were the victors. Semel directed the pilot, which is currently available through Amazon Prime’s instant video service.

Semel, who recently launched his career as a commercial director through Accomplice Media, is an acknowledged master of the exacting art of the television pilot. His past credits include the hits Person of Interest, Legends, Heroes and, most recently, Madam Secretary. He received Emmy nominations for House M.D. and Heroes.

The pilot for The Man in the High Castle, which Semel shot in Seattle, includes a cast of emerging stars (Alexa Davalos, Rupert Evans, Luke Kleintank and DJ Qualls) and features lavish production value. Set in 1962, the show offers beautiful art direction, props, costumes and CG set extensions to create an alternate and nightmarish reality. “A big part of our preparation was devoted to imagining what that world would look like,” Semel says. “We had mountains of artwork. It was quite an endeavor.” 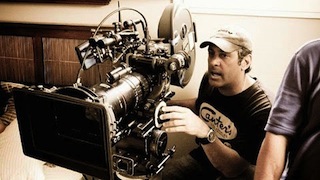 The story Semel delivers is mesmerizing. The United States east of the Rockies has become a collaborationist regime controlled by the Germans. The West Coast is dominated by an oppressive Japanese culture. A small strip of territory between the two is a no-man’s land. But a small resistance movement is growing, taking extreme measures to keep from falling into the hands of the Nazi and Japanese overlords. And, a power struggle is brewing between the Axis victors.

Production spanned three weeks. “It was mindboggling what we were able to achieve,” Semel observes. “I was shooting scenes during prep, taking advantage of every moment we had. I was supported by a spectacular team.”

Semel was first introduced to Dick’s novel four years ago and has since been working with producer David W. Zucker and screenwriter Frank Spotnitz to bring it to the screen. Once Amazon became interested in the project, things proceeded quickly.

Ridley Scott’s involvement was, for Semel, a big bonus. “Making a show from a Philip K. Dick novel with one of my cinematic heroes, the man who made Bladerunner—one of the best movies ever—was incredible,” Semel says. “It was very rewarding.”