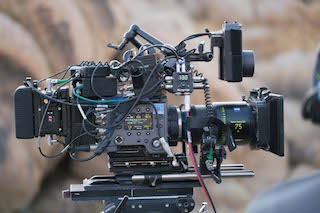 Sony is upgrading the capabilities of its Venice motion picture camera system by introducing high frame rate shooting, advanced remote-control functionalities and Cooke/i3 and Zeiss extended metadata support, as part of its latest firmware update. Both the free upgrade to firmware Version 4.0 and the optional HFR license will be available in June.

Following the recent release of Venice firmware Version 3.0 and the upcoming launch of its Extension System, which was developed in collaboration with James Cameron’s Lightstorm Entertainment and is currently being used to shoot the Avatar sequels, the latest upgrade will offer filmmakers even greater creative freedom, flexibility and choice.

“At Sony, we pride ourselves on working closely with our customers and partners to create solutions that enable modern filmmakers to bring their vision to reality just the way they intend to. In fact, High Frame Rate shooting was a feature that was frequently requested by our customers. We listened to their feedback and are excited to now offer this feature to all new and existing Venice users,” said Theresa Alesso, vice president and head of CineAlta for Sony Electronics. “Last year at Cine Gear Expo, we announced that Version 4.0 will include 120fps in 2K. However, we are excited to announce today that, as a result of the hard work of our engineering team, Version 4.0 will now include 120fps in 4K. With firmware Version 4.0, our state-of-the-art VENICE will become even more powerful, fortifying its position as the go-to solution for cinematographers who want to create stunning imagery and capture emotion in every frame.”