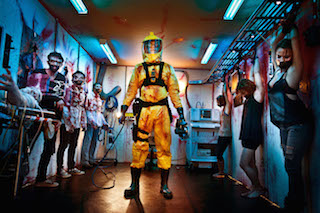 Spectrum Films’ Adam Scott explained Mistika’s vital role in bringing the documentary to life. “For this project, we didn't want to copy all of the raw camera data to the SAN storage which had been shot on Arri Alexa,” he said, “as we wanted to get an AAF round-trip between Mistika and the Avid. We spoke to SGO's development team who wrote a bespoke significant software code for us to make this possible and literally saved the day. I can honestly say Mistika is a lifesaver and a massive benefit from a business point of view. If we ever have an issue, we know we can throw it at SGO and they will resolve it fast.  We are very impressed with their rapid pace of development and their approach is totally unique.”

Scott is one of the post-production industry's leading professionals. His experience includes working on high-profile network promos for major presidential campaigns at ABC TV in New York; part of a team, building a fully fledged digital intermediate department from scratch, completely converting a post-production lab from wet to dry and working on several well-known DI projects such as District 9 and The Lovely Bones.

In his role as director of broadcast operations at Australia's Foxtel, not only was he responsible for 200 staff, two studios and 120 Avid suites but also successfully completed the mammoth undertaking of transforming the entire corporation from video to digital file-based. Missing the creative side of things, he was drawn back to post and joined Spectrum Films last year where he now works back in his native Australia.  By then, he was already familiar with the Mistika system having come it across it at the Las Vegas NAB show. 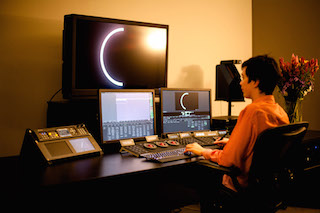 It started when Spectrum Films took on a major new feature project that involved innovative complex multi-formats. They turned to the Mistika system, introduced by SGO's Australasian reseller Mojo Media Solutions. Following an intense evaluation period, Spectrum Films selected Mistika to drive its expansion of high-end color grading, finishing and DI with a real-time 4K-capability, including advanced DI grading, as well as DCP tools enabling DCP creation directly from camera raw, as well as other media files directly off the timeline.

“I liken Mistika to a Swiss Army knife,” said Scott. “It's versatile enough to handle any situation and gets perfect results, which is just what's needed in our line of business. It fulfilled the broadcast space, and it was exactly what we were looking for. As we looked in detail at the completeness and overall efficiencies the contender systems could provide at that time, Mistika’s intelligent design and efficient use of shared SAN storage made good sense. We were already handling camera raw files at over 6K resolution, so having a system where everything can work from just one shared copy of such large files is a massive advantage to our clients.”

Scott said, “You need to have a versatile environment and work surface, something that can do something for the web right through to work for the likes of James Cameron - and everything in between.  Mistika fulfils that perfectly. It is really great to have a system that can do all the post disciplines in one technology.  We rely on Mistika as it is much more efficient and helps us meet the tight time frames, budgets, demands, DCPs and various formats from HD masters to Pro Res Masters all at various resolutions.”

Scott emphasized how experience and know-how can not be replicated in the workflow business, “We are in the solution-solving business, it's about throughput and we need the expertise. People like SGO understand. They are the experts we turn to. The days of manufacturers dictating what the customer wants is over, people now have a better understanding and are more technology savvy at a deeper level and this has recalibrated things.  To a degree the customer now tells manufacturers what they want. If companies don't truly listen to what customers want, then they are doomed. They have to change faster than the world outside them and have to listen carefully to customers' needs in order to succeed. Everyone at SGO gets it.”

Inspired by Peter Weir's film titled Gallipoli, which served as a strong reminder of the horrific accounts of mass casualties, producer Sam Worthington created the moving four-part series and one-off documentary with NBCU for Foxtel, which aired earlier in the year. The documentary delved behind the scenes of the mini series itself, placing key events in context from the viewpoint of young journalist Keith Murdoch, dispatched from Australia, the father of media mogul Rupert Murdoch. Last year's ANZAC Day marked the 100th year anniversary of the famous battle on the beaches of Turkey's Gallipoli in the First World War.

Watch the Deadline Gallipoli: The Full Story trailer on You Tube https://www.youtube.com/watch?v=4Bd_K3Cms-E