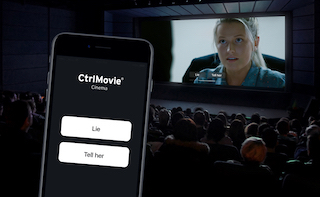 Kino Industries, creator of the interactive CtrlMovie technology that gives film and TV audiences real-time collaborative influence over the direction of a project’s plots and characters, has entered into a creative and co-financing partnership with Rocketman financier Starlings Entertainment. The announcement was made by Kino Industries CEO Chady Eli Mattar, president Scott C. Silver and Starlings Entertainment CEO/executive producer Karine Martin.

The partnership includes the establishment of a fund by Starlings for feature film and television development, along with a co-financing and P&A commitment on projects. 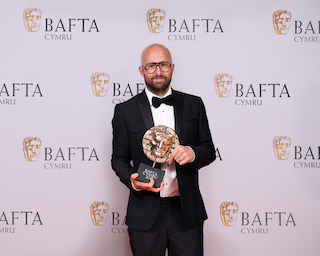 The first CtrlMovie collaboration between Kino and Starlings will be the film Echo on Sunset (working title) from BAFTA-winning director Tobias Weber (Late Shift). Weber, a co-founder of Kino, invented the proprietary, patented film, streaming and gaming experience.

Set in Los Angeles, Echo on Sunset is a life-or-death crime-thriller with blurring lines between good and bad. Acting as the moral compass of the protagonists, the audience must navigate the shades of gray to find their own truth and act on their convictions in hope of unlocking the best ending – and not becoming the bad guy themselves.

"CtrlMovie is a constant dialogue between the filmmaker and the audience – that’s what I like about the format," says Weber. "Viewers bring their own worldview, belief systems and convictions to the film – and the story provides a mirror, in which they reflect their choices. Echo on Sunset is entertainment that keeps you on the edge of your seat and on your toes, all at the same time.” 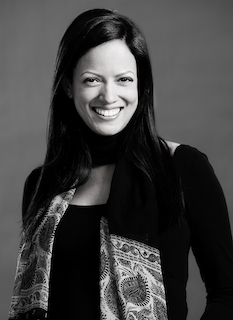 The Kino pact marks Starlings Entertainment’s return to the film business following its early feature success with its financing of the Elton John biopic Rocketman, a commercial and critical hit that captured best film, actor, original song, and other awards. It earned Elton John his second Oscar for his collaboration with Bernie Taupin on I’m Gonna) Love Me Again.

“Our entire focus over the past three years has been on rapidly building our television business into a global success, which has now afforded us the opportunity to re-enter the film world with like-minded partners poised for rapid growth,” Starlings’ Martin said. “Chady, Scott and Tobias bring to us their incredible vision, creativity and superior, game-changing, wisdom-of-the-crowd technology that will allow innovative film and TV content to flourish. It is a perfect fit.”

“We are extremely fortunate to enter into this broad-based partnership with Starlings at this time in our company’s evolution,” said Kino’s Mattar. “Karine is a true visionary, having built a forward-thinking company rooted in both strong business acumen and brilliant creativity.We are going to give it everything we have to unleash the full potential of CtrlMovie, merging entertainment and technology in a fantastic synergy that will engage the next generation of movie audiences – communally in theaters and at home or individually on personal devices.” 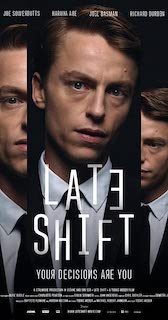 The new Starlings pact furthers Kino’s ambitions of building itself from a technology company into a next-generation entertainment powerhouse – all centered around the world’s leading, interactive branched storytelling solution sitting at the intersection of film and gaming. The technology has already caught the attention of many of Hollywood’s biggest players and propelled the company into producing major theatrical releases. Kino is currently in discussions with Paramount Pictures to produce and create multiple CtrlMovie feature films.

It is also working with Steven Spielberg’s Amblin Partners on an Alexandre Aja-directed interactive haunted house movie being written by Jeff Howard, Nick Simon and Aja, based on an idea by Howard and Mike Flanagan. Kino’s Mattar and Silver will serve as producers, while Aja will executive produce with his longtime partner Greg Levasseur. Weber will also serve as an executive producer on the project, which Amblin’s Jeb Brody will oversee on behalf of the studio.

20th Century Studios was the first studio to partner with the interactive film company to license the CtrlMovie technology to allow movie audiences to control the storyline and characters in the motion picture adaptation of the Choose Your Own Adventure IP. The film is based on the highly popular 1980s book series that allows readers to choose various endings. The movie is currently in development.