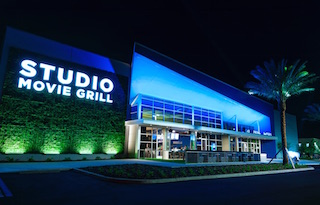 On the heels of the successful openings of SMG Glendale in Southern California, and SMG Prosperity Village in Charlotte, North Carolina at the end of 2019, the exhibitor will be kicking off 2020 with major expansion across the country.

Ted Croft, COO of Studio Movie Grill, confirmed the opening of five SMG locations in the first three quarters of 2020. The brand will have fifteen locations in Texas once Chisholm Trail Ranch in Fort Worth and Aliana Waterview Town Center in Richmond, Texas open for business in Q2 and Q4 respectively. SMG Northpoint in Atlanta will mark SMG's fourth location in Georgia, SMG Willow Grove will be its second Philadelphia theater, and SMG Citrus Heights will become its eighth in California building SMG's presence in existing markets.

"We are extremely excited to confirm further expansion for SMG in 2020,” Croft said. “New locations will add 62 screens to our existing 353 screens operating nationwide, bringing our screen count to over 400. Not only does this expansion offer SMG and our guests more screens and seats, it also allows us to grow our outreach into the communities we serve."

SMG Chisholm Trail will open in Q2 and anchor a major new commercial development with 10 screens and 1,200 luxury recliners at Chisholm Trail Parkway and McPherson in Fort Worth, TX.

"We are thrilled to have Studio Movie Grill as the entertainment anchor to The Shops at Chisholm Trail Ranch,” said Adam Schiller, managing principal, StreetLevel Investments. “They are a great addition to the center, which is the newest destination for shopping, dining and entertainment in southwest Fort Worth."

Also opening in Q2, SMG Northpoint in Alpharetta, Georgia will drive new traffic to Northpoint Mall, one of the largest malls in the country. This theater conversion will house 1,331 luxury recliners and 14 screens. 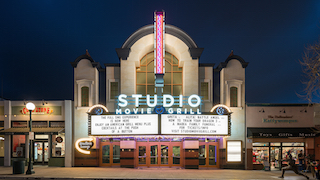 In Sacramento, SMG Citrus Heights will mark SMG's eighth California location and second in the area. Also set to open in the summer at 8501 Auburn Blvd. this theater will feature 12 screens with 1,252 luxury recliners.

Finally, in the lineup and due to open in Q4, SMG Aliana will be a major anchor for the Aliana Waterview Town Center in Fort Bend County, a 134-acre retail development. The site is adjacent to Aliana, Houston's second top-selling master-planned community offering 4,000 home sites. To add to the excitement, this ground up theater will be a new prototype for SMG and house 12 screens and 1,160 luxury recliners, plus an outdoor viewing area for movies on the yard.  It will mark SMG's 15th location in Texas.

"SMG is committed to growing our concept and fulfilling our purpose to open hearts and minds, one story at a time," said founder/CEO Brian Schultz. "Creating a best-in-class moviegoing and dining experience, we put an emphasis on our team and our communities. We will leave a positive wake for the people we serve and an economic impact in cities where we live. It is especially exciting to be expanding our footprint and reaching an even wider audience."

Additionally, SMG is not only constructing new locations, they are actively preserving acquired movie spaces, including most recently SMG Glendale, which opened in Los Angeles in October 2019, anchoring the expanding Glendale Arts & Entertainment District adjacent to Disney, Universal and Warner Bros. studios. SMG Hampton in Virginia, formerly the Peninsula Movie Bistro was also acquired in 2019.

"SMG is focused on expansion and this year we'll see continued growth," said Andrew Bucki, vice president of development at SMG. "Our segment of movie exhibition continues to be the fastest growing in our industry and the SMG team is constantly innovating our brand with a focus on facility design, customer service, the best technology, and a robust menu."