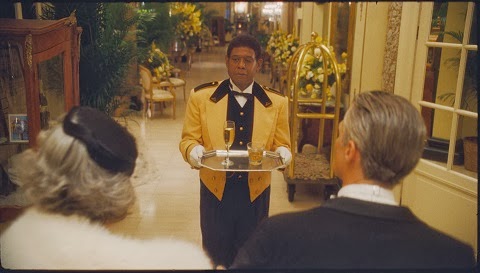 Final post-production finishing for The Butler, director Lee Daniel’s epic story about race relations in America, was completed at Technicolor-PostWorks, New York. It marked the facility’s third recent collaboration with Daniels and his production team, following Precious: Based on the Novel Push by Sapphire and The Paperboy.

“Our relationship with Lee dates back to Shadowboxer and The Woodsman in 2004,” said Charles Herzfeld, senior vice president/sales and marketing. “He’s been a true fan of the facility and we have responded by doing whatever it takes to get his films ready for release. Lee Daniels’ The Butler was particularly exciting for our team, due to the creative and technical challenges it posed, and the magnitude of the story.”

“The work that we did at Technicolor – PostWorks was exciting and it contributed in an important way to the success of the film,” said Daniels. “The enthusiasm of their team and the amazing quality of their work is why I come back every time.  They produce spectacular results.”

“The team at Technicolor went above and beyond at every turn to ensure the quality of the film was the very best,” added Pam Williams, the film’s Producer.  “They worked day and night, around the clock – whatever was needed.  They are the very best to work with.”

Lee Daniels’ The Butler went through editorial conforming and final color grading at Technicolor-PostWorks. The former was complicated by the need to incorporate numerous visual effects elements and archival material representing some of the most memorable moments in U.S. history. Digital intermediate editor Eric Leverenz also applied speed changes, split screens and other editorial effects. Editorial changes continued to be made to the master, virtually up to its delivery date.

Final color grading was performed by senior colorist Tim Stipan on Autodesk Lustre. Stipan, who also graded Precious and The Paperboy, worked directly with Daniels and cinematographer Andrew Dunn. Dunn shot the film on 35mm film, in part to capture the essence of its historical eras and the tumultuous emotions of its story. Through the grading process, Stipan worked to refine and enhance those qualities. 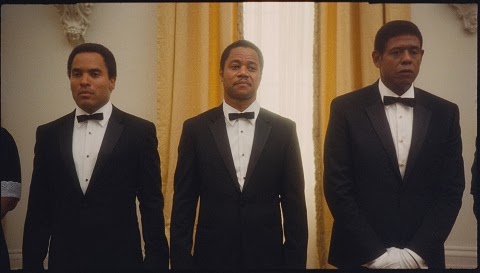 “Shooting on film was a great choice; the grain added to the period feel,” said Stipan. “Some of the archival material was very grainy. If the principal photography had been digitally captured the archival scenes would have jumped out. I love working on period pieces. It’s fun to bring past eras to life and make them look rich and beautiful.”

The grade involved a lot of detailed work. Stipan said particular attention was applied to the skin tones of the mostly African-American cast. He added that color tools were also used to enhance the aging of cast members, whose characters are represented, in some cases, over a span of several decades. “We wanted to be sure that all of the characters look good and received the attention that they deserved,” he said.

Similarly subtle treatments were applied to details of the White House environment for the sake of historical accuracy and to enhance the dignity and elegance of the environment. Color was also employed in a number of instances as a storytelling device. For a scene depicting a 1960s riot in Washington, Stipan desaturated the image to give it the appearance of black & white news footage. “The desaturation happens within the shot, but it occurs so quickly, you almost don’t realize what has occurred,” he said.

Final post spanned more than a month and required extraordinary effort from all parties. “We have developed a very efficient DI pipeline,” Stipan said. “It allows us to manage complex projects like The Butler, where last minute changes and tight deadlines are common, without compromising the creative process. This was an instance where everyone did whatever was necessary to provide this film with the quality finish that it deserved.”