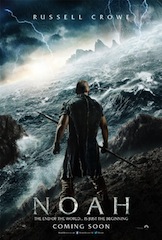 Technicolor-PostWorks New York marked its third collaboration with Darren Aronofsky in providing post-production services for Noah, the director’s epic inspired by the story of Noah in the Old Testament. The facility provided everything from 35mm film processing to editorial conforming and final color grading. Technicolor-PostWorks played a similar role on Aronofsky’s films The Wrestler and Black Swan, but Noah’s complex visuals made it the largest feature film post-production project ever undertaken in New York.

Tim Stipan, senior colorist at Technicolor-PostWorks, handled final color grading for the Paramount Pictures and Regency Enterprises film, working under the supervision of Aronofsky and cinematographer Matthew Libatique, ASC. Stipan began work on the film in pre-production by grading camera tests. “A lot of tests were related to filming in rain and how the camera reacted to it,” Stipan said. “We also did some IMAX tests, and they proved invaluable later on as the looks we set essentially remained the same through final post.”

Noah was shot almost entirely on 35mm. Film negative was processed in New York, both while the production was shooting in the New York area and in Iceland (where many of the exteriors were shot). Following film processing, the facility produced HD dailies for review and editorial. It also performed 2K and 4K pin-registered scanning of film elements for delivery to visual effects providers, including ILM and Look Effects, and for final mastering.

“The VFX screenings were useful in determining how certain effects elements reacted to color, density and contrast,” said Stipan. “They helped both the filmmakers and visual effects vendors see how color could enhance the process.” 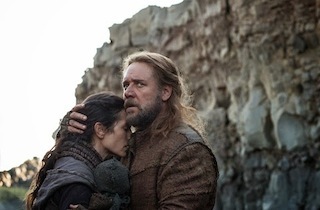 Libatique described the DI finish at Technicolor-PostWorks as “action packed, but smooth.” “Tim is really motivated; he does the work of three people,” Libatique says. “He has a background in photography and cinematography, and that really helps me because we speak the same language. The shorthand is easier.”

Technicolor-PostWorks sent files of the finished grade from New York to Technicolor, Hollywood, which handled the film’s deliverables (including home entertainment masters, film-out, and DCDM mastering for all theatrical exhibition formats). Libatique and Stipan oversaw the film’s 3D color mapping at Technicolor Hollywood.

Technicolor-PostWorks is among few post houses on the East Coast with the resources to handle a project of this scale and complexity. “It was awesome, beyond awesome, to be able to finish this film in New York,” said Stipan. “Typically, big visual effects-driven films like this are finished in L.A., but we showed that we have the manpower, the resources and the creative chops to pull it off. Noah could be a game-changer for Technicolor-PostWorks and the entire New York production community.”