Technology Focus of May Editors’ Lounge 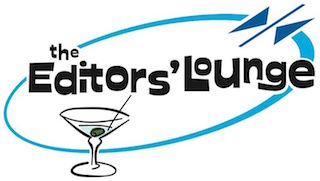 The Editors’ Lounge hosted their May event where production and post-production professionals were given the opportunity to get an up close look at the latest time-saving tools from RE: Vision Effects and Venera Technologies.  Editor Brady Betzel also led a discussion with an emphasis on how learning new toolsets can put film & television editors careers on the fast track.  Four lucky attendees walked away with raffle prizes from Venera Technologies and a complete set of plug-ins from RE: Vision Effects at the end of the evening.

Lori Freitag content and training manager of RE: Vision Effects presented the making of Woody & Tinder, a PSA for Saveourbeaches.org. The PSA tells a sad love story about a wooden couple in love that are not able to enjoy the Southern California Beaches due to trash and debris littering the once pristine shoreline. Freitag showed how RE: Vision Effects helped in the creation of the project and in overcoming common problems both production and post-production related.

Four of the RE: Vision Effects plug-ins were utilized to enhance the project.  RE: Match was used to automatically balance the tablet to the DSLR used for live action. DE: Flicker was used to smooth out the time lapse shot of the sunset and Twixtor was used to re-time and re-map some of the shots allowing removal of an unwanted passerby in the background.  The closing titles were flown in and ReelSmart Motion Blur was used to add motion blur to the 3D animated text.

“The unique advantage of presenting at the Editors’ Lounge is the intimate setting which allows candid discussion and sharing of ideas,” said Freitag.  The folks are always interested to learn new techniques and tricks that sometimes aren’t obvious without face to face exchange.”

Khosravi also did a live demo of Pulsar, running through some sample files with artifacts and showing how Pulsar is able to identify the issues with the files.

“I often have conversations about Pulsar with large organizations and broadcasters,” said Khosravi. “At the Editors’ Lounge, it was great to sit in a room with actual editors, colorists and video engineers and talk through Pulsar features and see their positive reaction and interest.”

The most intriguing part of the discussion was about the very unique offering of the Pulsar Pay-Per-Use edition, where there is no upfront cost and the users will only pay for whatever QC they use. It is a perfect option for those facilities with low volume of content or those with “project based” work where the QC need is intense for a short period of time, and then may slow down.

Some of the attendees took advantage of the presentation time and signed up for Pulsar PPU accounts at the session. Khosravi said, “Attendees found our unique Pulsar PPU offer very interesting and it’s what’s needed for their environment, which was very encouraging for us to hear and a confirmation of our vision about Pulsar PPU.”

Editor Brady Betzel shared valuable advice and tips regarding tools that have helped him advance in his editing career.

“Trying to get your foot in the door in television editing isn’t easy,” said Betzel. “One way that helped me get my foot in the door was learning software not every editor is confident in using.”

Betzel showed attendees the ease of using Maxon’s Cinema 4D, which can at times seem intimidating, by using presets such as the House Builder in Cinema 4D R16 Visualize Edition where graphics can be created in minutes that typically would have been outsourced to a graphics team, costing both more time and money.

Betzel said, “Cinema 4D is not just a standard 3D application. It has tools that allow the user to not have to think about complicated toolsets or keystrokes, but instead focus on the creative story telling side of visual effects.” Cinema 4D’s preset library also gives users one click access to tools like 3 point lighting setups and the most impressive library of paint textures that would ordinarily have to be created by hand.

In addition, Betzel discussed how Adobe After Effects can be a huge asset to an editor’s toolbox and even more powerful when combined with Video CoPilot’s Element 3D.  Betzel said, “With a little bit of effort any editor or assistant editor comfortable with a non linear editorial system can pick up a few quick tips by watching the myriad of tutorials on YouTube to set themselves apart from the rest of the pack. In my own life, this took my career to the next level.”

The next Editors’ Lounge will be held on Friday, June 26th at AlphaDogs in Burbank, California.