The Totah Theatre is Reborn 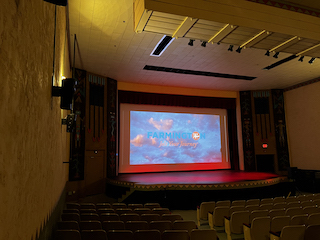 One of New Mexico’s oldest movie theatres recently underwent a major renovation and has been given a new lease on life. Opened in 1949 and used as a movie theatre until 1982, the Totah Theatre thereafter was used as a performance theatre. In 2006, the Totah Theatre was converted into a multi-use performance hall. In 2020, San Juan County acquired, and in partnership with the City of Farmington renovated the facility to create a film center for the region.

The facility will now be used for film screenings and live entertainment events and will serve as the base of operations for Totah Studios, a joint venture between San Juan County and the City of Farmington, which took control of the building last year. At the same time, because of its historical significance, the structure is also being preserved.

CES+ partnered with Severtson Screens on the renovation, which included the installation of a 28-foot by 15.2-foot Severtson Giant Electric projection screen.

“We are excited to partner with CES+ for this installation as the Totah Theatre is an historic and unique venue,” said Aaron White, home theatre and pro AV sales lead at Severtson Corporation. “Our Giant Electric projection screen is the ideal choice to Totah's auditorium since it can be lowered and retracted at the push of a button, opening up the stage space for other performances and opportunities when not in use.”

As part of the renovation, CES+ also installed a laser projection Barco Series 4. Dolby IMS-3000 server with a CP950 sound processor and a 16-channel DMA16302 amplifier, and a JBL 7.1 passive audio system including speakers, surrounds, and subwoofers. The auditorium is also fully equipped with Dolby hearing impaired devices while CES+ is also providing equipment and installation services for the theatre. 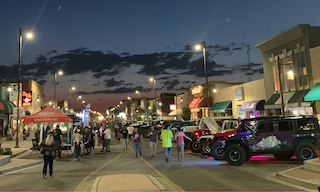 “This is not an everyday theatre as it plays a vital role to the community and its history, and so Severtson’s Giant Electric projection screen was the perfect solution for the unique needs of the venue,” said Alex Younger, CES+ CEO. “We are proud to be a part of its renovation, installing state-of-the-art AV systems throughout. Severtson is the ideal partner as they provide both the ideal product and customer service we always seek.”

Severtson Screen’s Giant Electric projection screens are a smart choice for multi-purpose auditoriums, such as in theatrical, cinema, commercial, university/school, house of worship, museum, and pro AV situations that require large commercial or cinema-sized screens, but not in a permanent static installation.

They are the first giant electric screens available on the market at these larger cinematic sizes. The giant electric motorized projection screens are available in all offered coatings as well as in non-perf, cinema (standard) perf, and microperf so the soundstage can be placed behind the screen as is the case in premier movie theatres.

Farmington, a city of more than 46,000 people, is located at the junction of the San Juan River, the Animas River and the La Plata River and is located on the Colorado Plateau. It is one of the geographically largest counties in the United States covering 5,538 square miles and serves as the commercial hub for most of northwestern New Mexico and the Four Corners region of four states: Colorado, Utah, Arizona and New Mexico.

“The Totah Theatre holds many fond memories for the community of nights at the movies with family and is a wonderful centerpiece to the newly revitalized downtown district, The Heart of Farmington,” said Warren Unsicker, director of economic development for the City of Farmington.