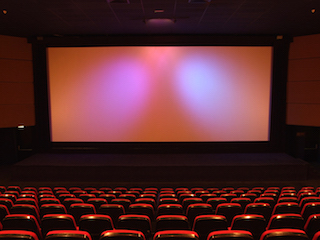 The American Society of Cinematography’s Cinema Display Evaluation Plan & Test Protocol is a key step towards establishing goals for an enhanced cinema experience. It was developed by the ASC’s Next Generation Cinema Display technology subcommittee in response to the emergence of new cinema technologies, and the resulting need for guidance among exhibitors, distributors, and technology providers. As co-chairs of the NGCD committee, we would like to take this opportunity to provide some background and the anticipated direction for this work.

Picture quality is improving on every platform. Fourteen years ago, when the ASC Technology Committee was formed, the color gamut of digital content was limited to that of Rec 709, the HD television standard. But cinema audiences were accustomed to a wider color gamut than Rec 709. In an effort to preserve cinematic values, the ASC was a major driver in the adoption of the P3 color gamut for digital cinema.

Over time, consumer electronics have caught up. It is now common to hear P3 advertised as a feature of high-end consumer displays, including handheld devices, as evident from Apple’s recent announcement for the iPhone 7. In fact, consumer electronics is now taking a leap beyond P3 to the Rec 2020 color gamut, which can display colors beyond the digital cinema P3 standard, most prominently, colors deeper in the cyan range, and emissive neon colors.

However, it is the continuing emergence of increased dynamic range and contrast in both home and cinematic images which holds the promise for the most significant increase in image quality over today’s standards. As part of the new ultra high definition TV experience for 4K and 8K resolution displays, TV manufacturers are also incorporating a higher dynamic range, with deeper blacks and higher peak whites than possible in standard-distribution digital cinema.

It’s easy to say more is better, but how much more is the question to be asked. It’s important to understand how far technology must reach to create a noticeable and marketable improvement in picture, as ultimately, it is the cinemagoer that must value the difference. How much more is the question that the ASC’s Cinema Display Evaluation Plan & Test Protocol seeks to answer. There is no reason to question the success of the P3 color space and current day contrast ratios. But as content libraries and new productions are converted and/or mastered in the UHD format, consumers will experience a difference. It is this momentum that exhibition should seek to capture.

It might seem that the logical step would be to simply introduce the UHD format to cinema. But this is not so simple a task. There are multiple issues to consider in determining the quality-related parameters of the image, and the economics of implementation. For example, cinema embodies a very dark environment, much darker than home environments. The peak whites agreed to for home displays will be blinding and extremely uncomfortable in cinema. Standard-distribution cinema is defined to have a peak white of 48 nits (14 ft-L). It remains to be determined how much higher this level should be for the cinematic presentation of high dynamic range imagery. Even if a number is agreed to, it’s unlikely that today’s cinema technology can deliver significantly higher peak whites at an affordable price.

The answers to our question may not lead to immediate solutions, but importantly, they will help guide the development of next generation cinema equipment that delivers a valued audience experience. There is a need to better understand the economics and capabilities of advanced projection and display technologies, as well as the ability of the cinema industry to absorb new technology.

This last point is important to understand. The initial rollout of standard-distribution digital cinema was successful due to equipment subsides based on film print savings, and the ability to easily deliver 3D, offering new value to the audience. A next generation cinema format will not introduce savings that can offset costs, so it must deliver new value that the audience readily appreciates for the economics to work.

It is with these points in mind that we say the ASC’s Cinema Display Evaluation Plan & Test Protocol is the first step of an important effort to learn where next generation cinema should target. It won’t be the last step.

Michael Karagosian is an industry consultant in intellectual property and business development for new technology in cinema. Previously, he was president of Cinema Group, chief engineer at BGW Systems, and led cinema product development at Dolby.

Eric Rodli provides strategic advisory services to companies in the entertainment technology industry. Previously, He was president of Kodak’s motion picture division and was also a partner with PwC’s entertainment and media consulting practice. Rodli is an associate member of the ASC.