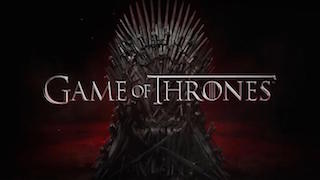 With the growth of Netflix, Disney+, Amazon Prime and Apple TV, to name just a few, the international audience for film and television has never been bigger or more diverse. And the need for accurate and coherent subtitles – both for artistic and economic reasons – has never been more important. For two decades Dr. Vasilis Manousakis, the Literature, Literary and Audiovisual Translation instructor at Hellenic American College in Athens, Greece, has been subtitling and translating a broad range of genres, series and films produced by HBO, Disney, Universal Pictures, Warner Bros. and Netflix, among them Lost, The Good Place, Star Wars and Game of Thrones.

"After 20-years in the localization industry, I have long realized that subtitling is an integral part of any movie that wants to be internationally successful,” Manousakis said. “Therefore, it is something that should be on the mind of all filmmakers, scriptwriters and producers and can be expressed by asking the question: ‘How is this going to be rendered in foreign languages across the globe?’ or 'How is this going to resonate to viewers?’ Then it is the job of us, subtitlers, to render, not only the essence of the word, but also its feel, its impact, its atmosphere, its double or intrinsic meaning.” 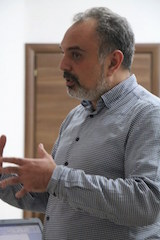 Social media platforms alone are accessed by more than three billion people across the globe, and by going multilingual, content creators can reach global audiences. For a film or TV series to be successful internationally, high quality subtitles are not just a worthwhile investment, they are a necessity. Subtitling for the global market can add substantial value to the final product.

“Subtitling is a link in the chain of the production of any movie,” he added. “We subtitle for the one person who does not speak the source language. Despite their obvious differences, subtitling resembles interpreting in the sense that it is as if it is done live, in other words, the moment the protagonist speaks, that very moment we read the subtitles beneath the image or we listen to the Voice Over. Also, if we look further into accessibility, subtitling and interpreting, we find their common ground in the audio description category, where a person describes the scene for people with eyesight problems." 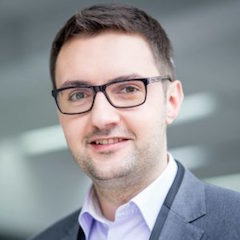 In subtitling, the translation of a message needs to be adapted, and that requires a special skill known as localization that has been refined by professionals over time. A subtitler’s role is to adapt the script to fit within the timing of the video or film. This work requires highly experienced specialized professionals with experience in translating video or film and using subtitling software. In this regard, good subtitling is almost a form of art.

Lukasz Dutka, a member of AVT Lab, a research group on audio-visual translation and a trainer in subtitling at the University of Warsaw, Poland, explains that with eye-tracking technology you can study how people view movies and how subtitles affect the viewing process. “What we see in research is that the moment a subtitle is displayed on screen, our eyes automatically move to read it. Once we have read the subtitle, our attention turns to the image again. If subtitles include unidiomatic language or just too much text, viewers will need more time to process subtitles, leaving them less time – or no time at all – to look at the images.” 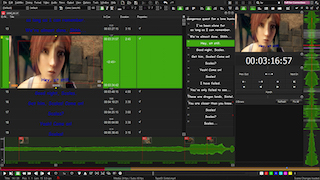 “Some researchers call this subtitling blindness,“ he said. “As a content producer, you might end up with scenes where subtitles take so much of the viewers’ attention, that viewers miss a crucial item on the screen, or they miss the whole shot altogether. Filmmakers put a lot of thought, effort, and money into creating a beautiful image and the viewers will not see it. If filmmakers don’t take localization into account at the production stage, subtitles can ruin the viewers' experience of a movie. But if filmmakers make sure that subtitling is done skillfully, it can enhance the viewers' appreciation of the content.”

“If you look at the U.S.-based streaming platforms,” Dutka said, “a big share of their subscribers, a majority in some cases, are international viewers that access English-speaking content thanks to subtitles. In the streaming era, it is likely that many, if not a majority of viewers, will be watching content with subtitles. The film industry can’t afford to ignore this.”

Profuz Digital’s CTO Kamen Ferdinandov and creator of the SubtitleNext software system used by many companies and universities said, “When conducting timed text representations of the spoken text in another language, in other words, translating spoken text from one language into written text into another language, especially in the audiovisual field, you need to pay attention to the time restrictions and cultural differences. Therefore subtitling is never pure text translation, as there should always be some adaptation involved in order to transmit the message of the speaker. However, localization is key to account for the viewer’s cultural references. The SubtitleNext system we have created offers many helpful tools to assist the translation and interpretation processes incorporated into the new Smart Text Assist features. The software offers alternatives and suggestions when preparing subtitles which facilitates translation and adaptation processes, but it also provides additional visual materials such as emojis and a variety of text formatting and styling features which are really useful when interpreting.”