X-Men: Days Of Future Past Relied on Codex 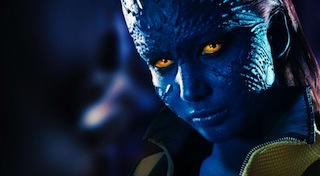 Codex recording and workflow technology was used at the heart of the production to post pipeline on 20th Century Fox’s latest superhero movie X-Men: Days Of Future Past. A combination of Codex Onboard Recorders, in-camera XR recording, and Vault systems, enabled the filmmakers to deploy a variety of Arri Alexa cameras, shooting both native 3D and 2D using ArriRaw, and to maximize image quality on-set and during post-production.

X-Men: Days of Future Past, is directed by Bryan Singer, with cinematography by Newton Thomas Sigel ASC. Boasting a stellar cast, that includes Jennifer Lawrence, Michael Fassbender, Evan Peters, Hugh Jackman, Ellen Page, Anna Paquin, Ian McKellen, Patrick Stewart and Halle Berry, this latest chapter in the Marvel saga sees the X-Men characters joining forces with their younger selves to change the past in order to save the future.

Singer and Sigel, who also worked together on X-Men and X-Men 2, had used other digital cameras on previous 3D native productions, but elected to shoot X-Men: Days Of Future Past in native 3D using ARRI Alexa M and Alexa XT cameras supported by the Codex/ ArriRaw workflow.

“I like the look of Alexa,” said Sigel. “It’s a kind of softer look (to other digital cameras), with more half tones, more variations of color, and it was a better look for this project. I was able to get wardrobe to give me a lot of saturated colors on background extras in oranges and yellows and reds – very intense colors that were easier to isolate, grab onto and actually desaturate later.”

Sigel added, “By the time we started X-Men: Days Of Future Past, Arri had come out with Alexa M. I was able to use them with TS5 3D rigs from 3ality and Codex Onboard S Recorders. The 3D rigs are pretty solid, but what’s evolving are the cameras and lenses that are available for them. The options are expanding, and the Alexa M is certainly a step in that direction. We also had some 2D stuff, and for that we were able to use the Alexa XT and record the ArriRaw right onto the in-camera Codex XR drives, and that was very liberating.” 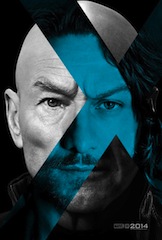 Speaking about Alexa XT, 3D systems supervisor Ben Gervais said, “The Alexa XT with internal Codex recording is a game-changer for us. It’s a great leap forward, enabling 120 frames per second recording in ArriRaw, with a reduced footprint and increased reliability.”

The second unit cinematography, under the auspices of DP Larry Blanford, shot at more remote locations, using Alexa XTs and a Codex Vault system to view images during the shoot and to back-up the files during transport.

During production on X-Men: Days Of Future Past, the different Arri cameras output Log C images, and these were given an initial grade by DIT Julie Garceau. The grades and the footage were then passed to Company 3, which maintained a truck near the set and later completed the final DI grade. Company 3 ingested the footage to a SAN, and processed it. The truck included a projector for screening. Dailies colorist Adrian DeLude finessed the on-set color and the footage in 3D with Sigel and stereographer John Harper in attendance.

Although Singer did not look at 3D on-set, preferring to focus on performance, Sigel usually watched a 3D image during playback. With this in mind, Gervais commented that the goal was to make shooting native 3D as easy as possible.

“That meant being mobile, with a small footprint and the ability to go anywhere Tom and Bryan wanted,” he explained. “I approached this in terms of equipment capability, performance, size, reliability and flexibility. We selected fibre-optic systems that allowed us to have essentially an unlimited cable run between the 3D rigs and our workstations. For each Alexa M we used a single Codex Onboard S Recorder, allowing us to record up to 60fps in ArriRaw for each 3D ‘eye.’”

Regarding the Codex/ ArriRaw capture format, Gervais noted, “In terms of creative latitude, the choice is simple. ArriRaw is uncompressed – every subtle detail is preserved. It lets the DP and director make the choice about what details are important to the image in DI, rather than letting an algorithm decide for them. It's particularly important for scenes where you have extremes of contrast – day exteriors with harsh sunlight.”

Speaking about the importance of the Codex/ ArriRaw workflow in his creative approach to the movie during the DI grade, Sigel said, “First of all, it helps in terms of color correction and image quality, because you’re getting the highest resolution possible. Starting from scratch gives you the greatest range, and the maximum ability to manipulate and do subtle things later. It also gives greater freedom for editorial to blow up, to move the image around.”

Codex recording and workflow technology has been used on hundreds of motion picture productions worldwide. Forthcoming releases to rely on Codex products include: Dawn Of The Planet Of The Apes, Jupiter Ascending, Hercules, Jersey Boys, Guardians Of The Galaxy, Sin City: A Dame To Kill For, The Fault In Our Stars and Sex Tape.