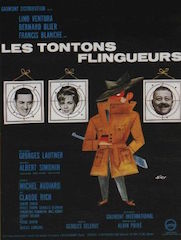 Ymagis Group has announced the June 8 launch of Celluloid Angels, the first crowd-funding platform to finance the restoration of heritage/classic films. Celluloid Angels will enable visitors to participate in a unique experience by assisting in the conservation of international heritage films in a meaningful way.

Created for film enthusiasts, the Celluloid Angels platform aims to help bring heritage films to life in a digital era. Without restoration, films currently on print stock are destined to undergo chemical alterations over time, rendering them unusable. With 35mm film stock having been phased out, the number of cinemas likely to screen physical film prints is also dwindling. Celluloid Angels will bring new life to these works in digital format. A pioneer in augmented crowd-funding, the underlying concept is to surpass the current limitations imposed by traditional cinema codes to rally a community of cinephiles around a single cause: to tangibly protect and preserve the world’s film heritage.

Celluloid Angels provides rights holders with an additional source of financing and a point of contact with communities of film aficionados. Managing all aspects of the fundraising campaign, communications and contributors’ rewards for each restoration project, the platform provides significant time and cost savings for rights holders. 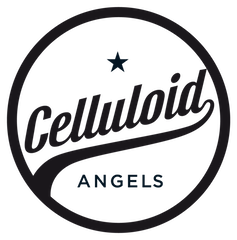 The site’s lineup for 2016 already includes more than 15 titles such as Georges Lautner’s Les Tontons flingueurs (Crooks in Clover/Monsieur Gangster), Nagisa Oshima’s Realm of the Senses, Luc Besson’s Le Grand Bleu (The Big Blue), La Folie des grandeurs (Delusions of Grandeur) by Gérard Oury as well as Max Ophüls’ Yoshiwara and Julien Duvivier’s L’Homme du jour (The Man of the Hour), among others. In close collaboration with rights holders already involved in the restoration of heritage films, cult films and never-released (or non-remastered) titles will now be available to audiences wishing to see motion pictures restored to their original state.

Celluloid Angels goal is to be involved in the restoration of 15-20 films in 2016.

Eclair will bring its technical expertise to each of the titles available on the platform. Founded in 1907, it is the oldest film lab in the world and a pioneer in the digital restoration of film and audiovisual works.

With an initial launch in France, the platform will open up to international locations in autumn 2016. The objective is to bring together the largest possible community of film enthusiasts to provide international financing for the restoration of classic films.

Because films are not just cinema Celluloid Angels will also extend its reach to cover two other important causes: to preserve the world’s advertising films, beginning with an exceptional collection of over a million titles, and the restoration of the first films of the Connaissance du monde conferences, directed by some of the world’s most famous explorers, including Paul-Emile Victor. Today, hundreds of films that once inspired generations have been left to be forgotten. So begins the adventure for Celluloid Angels.

Scheduled to go live June 8, the website is available at http://www.celluloid-angels.com