Colorfront will demonstrate advances in its Colorfront Cloud Services at the National Association of Broadcasters convention in Las Vegas in April.

AJA Video Systems has released the free v10.5.1 Mac software driver package to add 4K/UHD high frame rate support to its Io 4K. The Io 4K is designed for professional video I/O and has been updated and customized for Thunderbolt 2 technology and the latest 4K workflows.

In a new campaign for Boston car dealer Herb Chambers and New York agency DeVito/Verde, Accomplice Media director Jeff Gorman explores some of the more unusual reasons people may have for returning a pre-owned car.

Ömheten has won The Guldbagge Award, Sweden's equivalent of the Oscars, for Best Cinematography. Director of photography Petrus Sjövik accepted the award.

Kevin Xu, CEO of Mebo International believes he has come up with a novel way to introduce audience to the achievements of organ regeneration science. Visitors to the California-based company’s campus website (www.regeneration2013.com) find themselves in a computer-generated floating city that’s home to a towering library, a giant rotating sphere and other iconic wonders. Visitors can choose to tour the city on foot or from the seat of a translucent shuttlecraft while a narrator describes “a revolution in science that will change our lives.” 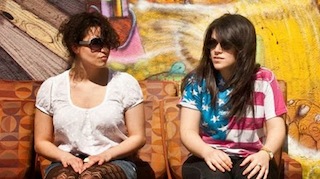 The Motion Picture Sound Editors will include a special tribute to the late American inventor Ray Dolby, recognized around the world for developing groundbreaking audio technologies, during its 61st MPSE Golden Reel Awards February 16 in Los Angeles. Also at the ceremony George Lucas will present the 2014 MPSE Career Achievement Award to Randy Thom, director of sound design at Skywalker Sound.