The Abu Dhabi Film Commission recently hosted 19 Indian film directors, producers and location managers who toured some of Abu Dhabi’s most iconic filming locations and attractions as part of the International Indian Film Academy Awards itinerary.  This opportunity to strengthen the relationship between the Indian film community and Abu Dhabi Film Commission was facilitated by IIFA. 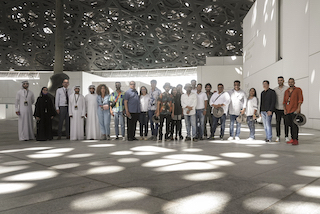 Designed to inspire future collaborations on films and TV series located in Abu Dhabi, the tour included key production locations like twofour54’s backlot and the Abu Dhabi National Exhibition Centre iconic destinations such as Louvre Abu Dhabi and Emirates Palace that have played host to blockbuster productions in the past, and some of Yas Island’s biggest attractions including Ferrari World, Yas Water World, and Warner Bros.

Hans Fraikin, Abu Dhabi Film Commissioner said, “The IIFA Awards is one of the biggest events of the year for the South Asian film industry, and we were delighted to celebrate Abu Dhabi’s strong relationship with India by welcoming the Academy’s delegation to the emirate. Abu Dhabi has served as a key location hub for both Bollywood and Hollywood spectacles, and this tour allowed us to show off some of our impressive production facilities, spectacular locations, and film-friendly destinations. We look forward to collaborating on even more ambitious productions, events, and initiatives with our Indian counterparts as we continue to grow Abu Dhabi’s ecosystem and build on long-term relationships to attract the best in the business from around the world.” 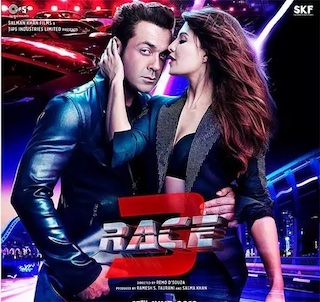 Noreen Khan, Vice President of IIFA said, “At the forefront of the strategy and objectives of IIFA is to work with the host destination to strengthen and grow the opportunities to attract more Bollywood film shootings. It was exciting to work with ADFC and its visionary leadership, who are working incredibly to build Abu Dhabi into one of the top shooting destinations in the world.”

Ramesh Taurani, who produced Race 3 in Abu Dhabi said, "I like the locations on offer here, Sheikh Zayed Mosque, Louvre Abu Dhabi and Emirates Palace are all very nice. I will definitely come again and again to Abu Dhabi, as it’s very easy to shoot here. We are making two or three films next year and we will certainly come back."

Renowned director and writer Anurag Basu said, “I think all the filmmakers that visited Abu Dhabi and saw the locations will be fighting to film here next. I love the twofour54 backlot; the best part about it is that we can create anything there, so I’m going to come and create a set here.”

The 22nd IIFA Awards were held in Abu Dhabi for the first time, with a week-long celebration of Indian Cinema through events, film screenings, and performances leading up to the Awards ceremony. With more than 130 Hollywood, Bollywood and regional productions shot here in the past decade, Abu Dhabi’s popularity among Indian filmmakers continues to grow, following the successful collaborations on blockbusters such as Bunty Aur Babli 2, Tiger Zinda Hai, Bharat, Baby, Dishoom, Race 3 and Bang Bang.