Alamo Drafthouse Cinema has begun a long-term partnership with the Harlem Film House’s Hip Hop Film Festival by introducing The Vanguard Collection. Now available on Alamo on Demand, the series includes important and influential films about the Black experience and will also feature exclusive content and perspectives from voices of the Hip Hop culture. 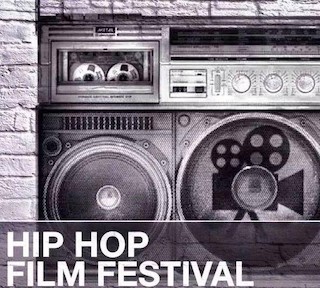 Curated by Harlem Film House founder C.R. Capers, the series was created in response to the lack of diversity featured in prominent film collections. The Vanguard Collection highlights the African American movie experience and how it has shaped culture, norms and stereotypes. The partnership between Hip Hop Film Festival and Alamo Drafthouse will extend beyond this initial series in the coming months to expand the collection of great works of Black film culture.

Initial films include Bustin’ Loose, Do the Right Thing, Get Out, Straight Outta Compton and others.

“Our partnership with Alamo Drafthouse means the world to me and is a huge step toward bridging the gap between understanding authentic Black cinema and popular culture,” said Capers. “The people at Alamo are showing up and speaking out, offering real support for an important and essential collection of films."

"C.R. Capers writes and speaks about film with a wild passion and dedication,” said Ahbra Perry, head of Alamo on Demand. “Our goal is to make Alamo On Demand a portal for film lovers, by film lovers and it is rare to meet a programmer so unafraid to approach things as raw and personally as she does. Alamo is grateful to be working with her and for the opportunity to partner with the Hip Hop Film Festival."