ArsenalFX Color is celebrating its tenth anniversary with an ambitious, effort to grow and extend its reach. The boutique post-production facility, which provides dailies, color, finishing and visual effects services for television and film is planning to relocate to a new, standalone facility in Santa Monica. Additionally, having successfully operated a satellite facility in Atlanta for the past five years, it intends to open new satellite operations in production centers around the U.S. and Canada with one slated to open in Albuquerque, New Mexico this fall. It will offer dailies and post services for television and film productions operating in the state. 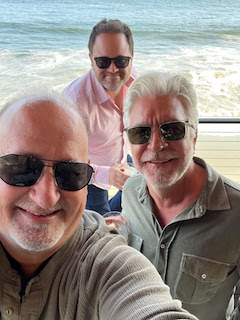 ArsenalFX Color’s new Santa Monica facility will include a variety of added resources, including two more color grading suites and a digital intermediates theater, as well as larger visual effects production space. It will also feature an entirely new infrastructure with expanded support for cloud and remote services. Those improvements will result in greater efficiency and provide the company with more flexibility in managing projects.

One thing that won’t change, according to Field, is the client experience. “We will keep our boutique mindset,” he says. “We want our team to be fully engaged with their projects. This company was founded by three artists who still run the facility and continue to work on projects every day. We don’t have layers sof management. Our philosophy is to remain artist driven.”

The company selected Albuquerque for its next site due to the large number of productions that have located to New Mexico to take advantage of the state’s generous tax incentive program. “We want to have a presence in hotspots where production is happening,” says Field. “Our plan is to establish permanent facilities to provide dailies and finishing services to studios and independent producers.”