Break+Enter, a Nice Shoes company, has promoted Ari Rubenstein to creative director. Rubenstein will lead the studio’s team of visual effects supervisors, artists, and producers, manage its slate of film and television projects, and set its overall creative approach. 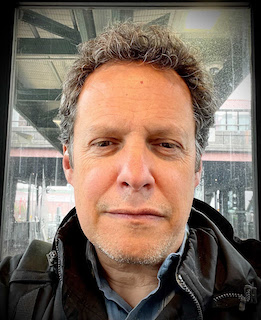 A 30-year industry veteran, Rubenstein joined Break+Enter in 2021 as a VFX supervisor and has led its work on several key assignments, including the Amazon Prime series Outer Range and the independent feature Nanny, winner of the Grand Jury Prize at this year’s Sundance Film Festival. Break+Enter’s other recent projects include The Pentaverate, Russian Doll, Pennyworth and The Many Saints of Newark.

“It’s impossible to overestimate the value Ari brings to our creative team in terms of experience, talent and leadership skills,” said Break + Enter managing director/executive producer Camille Geier. “He has a clear vision for building a strong creative team and a passion for delivering excellence in every phase of production.”

Rubenstein has an impressive array of credits spanning features, television, and animation as a VFX supervisor, lead compositor, compositor, match-move artist, and technical director. In his new role, his goal is to foster a culture focused on innovation and empowering artists. “I want to build a supportive creative environment in a genuine way,” Rubenstein said. “I do that by being thoughtful and putting myself into the artists’ shoes, understanding why they entered the industry, what they want to achieve, and what keeps them engaged.”

“We want to be a magnet for top talent,” he added. “We do that by delivering outstanding work on great projects, but also by respecting our talent, treating them as an integral part of our team and future, and not as dispensable labor hired to perform a narrow task.”

Prior to joining Break+Enter, Rubenstein served as a key artist responsible for look development and supervision at Blue Sky Studios for 15 years, where he worked on scores of animated features for Disney and 20th Century Fox. Over the course of his career, he has worn virtually every hat in the VFX production pipeline and worked at three industry pioneers, Xaos, Tippett Studio and Blue Sky Studios. “I have tremendous respect for those who paved the way and on whose shoulders we all now stand,” he said.

Rubenstein was also the founder and VFX supervisor/producer of Curv Studios. Among his many notable credits are Matrix Revolutions, Constantine, Charlotte's Web and Hellboy.