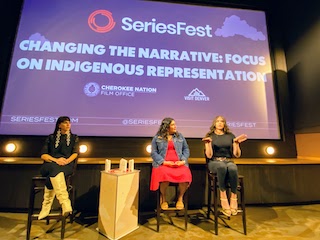 The annual competition offers writers the opportunity to submit a pilot script, participate in a writing workshop with industry experts and a live read with professional actors, as well as secure a yearlong development deal with the winning script. In an ongoing effort to address the need for more Natives on and off screen, this year’s winning submission must include a Native American screenwriter or actor.

“Since the beginning of television, film and traditional media, Native Americans have been grossly underrepresented and currently comprise less than one percent of these industries,” said Jennifer Loren, director of the Cherokee Nation Film Office and Original Content. “The Cherokee Nation and our incredible partners, such as those who joined us at SeriesFest, are doing our part to create more opportunities for proper representation and accurate portrayals of Natives in television and film.” 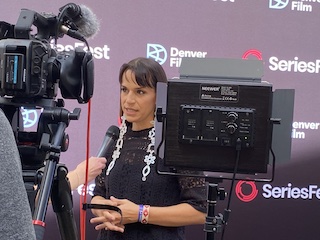 “We created the Storytellers Initiative in 2015 to help support emerging writers break through,” added Randi Kleiner, co-founder and CEO, SeriesFest. “We’re thrilled to partner with the Cherokee Nation Film Office and Green Pastures to support and elevate Indigenous representation on screen and behind the camera.”

The Storytellers Initiative, SeriesFest’s signature writing competition, launched in 2015. The initiative aims to discover and celebrate bold new series with a strong point of view and daring characters from the next generation of storytellers.