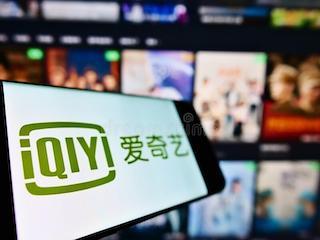 Films released under the Cloud Cinema Premiere model will generate revenues from both the premium video on demand and subscription video on demand models of streaming. Meanwhile, for films released under the subscription premiere model, the revenue shared with film producers will be determined by users' viewing time alone, rather than according to the different fee category classifications iQIYI had assigned to individual films.

Previously, films were first classified and graded before premiering online, with the shared revenue and promotion support for each film varying according to the classification. The new collaboration model launched by iQIYI represents a complete shift from film classifications, a move designed to ensure equal distribution support for all films before their premiere. As the films come online, iQIYI will allocate promotional resources according to viewing time and user reviews, thereby improving promotional efficiency.

The upgraded model helps initiate a direct-to-consumer model in China's film and television industry. For both streaming platforms and content creators, the DTC model is not just a new revenue stream, but it also represents an inevitable developmental trend as the film and television industry continues to head towards sustainable growth and business model optimization. The DTC model incentivizes filmmakers to make movies that can capture viewers' initial attention but are also of a high enough quality that viewers are compelled to finish the films.

In this sense, the DTC model helps align the interest and risk between the producers and video platforms, encouraging the two parties to work more closely together to create quality content, boost revenue, and help build a fairer media ecosystem.

According to the China Internet Network Information Center, the size of online video viewers in China had reached 975 million in 2021.