Noted cinematographer Mandy Walker, ASC, ACS, will be a featured keynote speaker at the Hollywood Producers Association’s annual Tech Retreat, which is being held March 15-24. Walker, whose recent work includes Mulan (2020) and Hidden Figures (2016), is a respected artist who has been working throughout the pandemic and will share her experiences and insights. The event features live and recorded content, live Q&A’s, interactive roundtables, and networking opportunities, all presented in HPA’s new Engage portal. 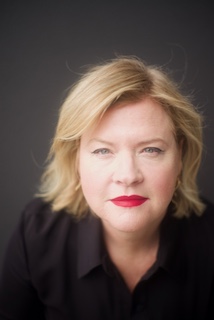 Walker was born and raised in Melbourne, Australia. In high school, she developed an abiding love of photography and after graduation she went on to study film criticism and cinema studies with John Flaus, the prominent film theorist and critic. Walker apprenticed as a camera assistant on documentaries, feature films, and music videos, and shot her first feature film, Return Home, at the age of twenty-five.

She has 30 screen credits as director of photography and has filmed more than a hundred high end international commercials, most notably the commercial films for Chanel No. 5: The Films directed by Baz Luhrmann and featuring Nicole Kidman, and more recently with Gisele. Walker is a sitting Governor of the Academy of Motion Picture Arts and Sciences, and the American Society of Cinematographers.

She was inducted into the Hall of Fame of the Australian Cinematographers Society, of which she has been a member since 1999. She was the Kodak Artist in Residence at UCLA film school for the 2014-15 academic year, and in 2015 she received the Kodak Cinematography Mentor of the Year Award. Her notable feature film credits also include Australia, The Mountain Between Us, Red Riding Hood, and Shattered Glass.

Long considered one of the most influential conferences in media and technology, the 2021 HPA Tech Retreat is designed to be more than an “online conference” or series of zoom calls masquerading as an event. This year’s presentations cover a diverse array of topics across significant areas of interest that include production; workflow and the cloud; industry developments; and the impact of covid.

HPA president Seth Hallen said, “While no one could have been completely prepared for the events of 2020, our attendees at the 2020 retreat were able to draw on an incredibly relevant body of knowledge gained from attending last February, when they were faced with an unpredictable and rapidly changing situation. We have taken that responsibility seriously in planning for the 2021 Tech Retreat, assembling speakers and topics to prepare our attendees for all of the changes that have been wrought and the possibilities of the work ahead of us. Personally, I’m inspired by the breadth and depth of the sessions being offered, and I’m looking forward to both interacting live on the platform and having the flexibility to catch up on some of the challenging content at my discretion, when I have time and focus to devote to it. I invite you to take a look at the program and urge you to register as soon as possible.”

More information about HPA and the HPA Tech Retreat, including registration and program details, is available at www.hpaonline.com.