The Colonie Adds Zach Day to its Staff

Award-winning post-production studio The Colonie has hired Zach Day as producer/new business development. Day brings more than fifteen years of ad agency experience, most recently as a senior producer at Leo Burnett. In his new role, he will focus on developing business and forging agency alliances beyond the studio’s base in Chicago. 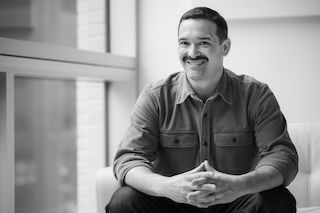 The Colonie partner/editor Bob Ackerman says that the studio has collaborated with Day on numerous projects over the years and feels he is the perfect choice to lead a new expansion initiative. “We know Zach’s producing skills, we know his client skills, we know how passionate he is.,” says Ackerman. “I have no doubt his enthusiasm for our industry will strengthen the Colonie’s relationship to Chicago agencies as well as agencies in Detroit, Milwaukee, Kansas City, Madison, and other cities across the Midwest.  He understands their perspective having worked on that side for so long.”

Partner/executive producer Mary Caddy adds that Day also brings a fresh perspective to post-production. “We’ve built a great business, but we can always improve,” she says. “We have a lot of respect for Zach and feel his ability to look at things with fresh eyes will help us move forward.”

For his part, Day says he was seeking a new challenge and has always enjoyed the editorial and post-production side of the business, especially his interactions with The Colonie. “A ton of the work that I produced at Burnett passed through this studio,” he says. “I came to see myself as part of the family because that’s how I was treated.”

A Chicago native, Day earned a degree in advertising and marketing from Columbia College before joining Leo Burnett as a junior account executive in 2005. He soon gravitated to a production role and moved up the agency ranks, becoming a senior producer in 2016. As such, he has produced work across a variety of media for brands including Samsung, Aldi, United Healthcare and Budweiser, among others.

Day is looking forward to introducing The Colonie’s expertise to new agency partners and to helping the studio broaden its service offering. “We’ve got a great team and my role is to ensure we’re bulletproof on every project that comes through the door,” he says. “We have a lot of resources and expertise across a range of services, but there is more room to grow. I’d like to explore possibilities for bringing other facets of production into the studio.”