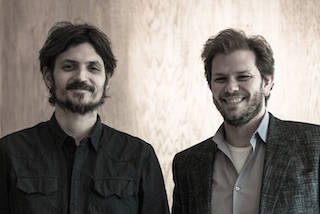 Umberger has been working with Nine Mile Circle on an informal basis for several months, including projects for Holiday Inn (Ogilvy & Mather, Atlanta) and Ford (GTB, Detroit).  He has also collaborated with editor and Nine Mile founder Kyle Kramb on an ongoing campaign for fast food chain Krystal  (Bright Red/TBWA, Tallahassee). “Les brings an elevated level of creativity to our visual effects and finishing services,” says Kramb. “He also fits the character of Nine Mile. He has a relaxed personality, but he takes his craft very seriously and has high expectations for the quality of the work. It’s a great combination.”

For his part, Umberger says that he and Kramb quickly developed a strong and productive rapport. “It’s been a great ride,” he observes.

Umberger is an Atlanta native and began his career as an editor and visual effects artist with NBC (where he won his Emmy Award), Turner Productions and Crawford Communications. In 2003, he was recruited by the post house R!OT in Santa Monica where he focused on visual effects and finishing for commercials and music videos.  His resume includes work for Ford, Chevy, Toyota, Office Max, Bud Light, Energizer and many other advertisers, as well as such music artists as Maroon 5, Christina Aguilera, John Legend, Justin Timberlake and Gwen Stefani.

Since relocating to the Southeast, Umberger has broadened the scope of his work to include commercial directing. Over the past three years, he has lensed campaigns for Verizon, Elizabeth Arden, Maybelline and others.

At Nine Mile, Umberger plans to continue to apply those skills for clients seeking true one-stop creative solutions. “It’s something we are hoping to do a lot more of,” he explains. “In the current climate, it’s advantageous to be able to wear multiple hats.”

Nine Mile Circle launched in 2013 and has pursued Kramb’s vision of combining premium talent with the attentive service of a local provider. Kramb is planning further additions to the company’s staff while maintaining its boutique orientation. “Our long-term vision is to double in size,” Kramb says.