MTI Film has added dailies colorist Arthur Oganesyan to its team of post-production artists. Oganesyan brings experience in streaming and broadcast series through stints at Encore, Hollywood, and Company 3. In his first project for MTI, he is grading dailies for the new season of American Horror Story for Ryan Murphy Productions and FX Network. 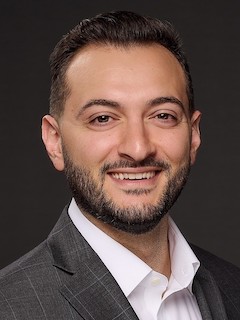 “Art brings solid experience and tremendous passion,” said MTI CEO Larry Chernoff. “He has a good eye and is an excellent collaborator. Our clients will enjoy working with him.”

A Los Angeles native, Oganesyan began his career with Company 3 in 2016 shortly after earning a degree in film and television from Woodbury University. Gravitating toward color, he became a dailies colorist at Encore, Hollywood. His credits included Homecoming for Amazon Studios, Space Force for Netflix, S.W.A.T. for CBS, and Cherish the Day for OWN. Since 2020, he has worked as a freelancer.

Oganesyan sees his new position at MTI Film as an opportunity to work on challenging projects and grow his career. “The creative environment at MTI is wonderful; everyone is working together to do great work and deliver projects,” he said. “I feel fortunate to join the team.”

After initially considering a career in cinematography, Oganesyan was encouraged to consider post by a professor at Woodbury University. “He introduced me to color grading,” Oganesyan recalled. “I immediately found that I enjoyed working with cinematographers and directors and helping them to hone the final look of their imagery.”