The Society of Motion Picture and Television Engineers will award this year’s Camera Origination and Imaging Medal to David F.E. Corley, president of DSC Laboratories.

Corley will be honored for his five decades of continuous innovation and calibration tools for image acquisition, display, and color correction. The SMPTE 2017 Awards Gala will take place on October 26 in Hollywood, California, during the SMPTE 2017 Annual Technical Conference & Exhibition. 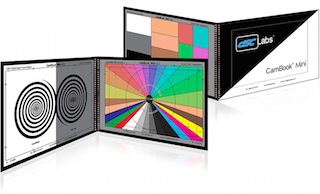 The lack of tight telecine workflows in the 1960s led Corley to design TA2, the industry’s first camera color test chart. Subsequent generations of this innovation are widely used today in content production for film, broadcast, as well as emerging media-centric markets such as law enforcement, security and medical imaging.

“At the time, we were producing 35mm television commercials. Unhappy with the way our films looked on television, I made an appointment with the CBC to find out why," said Corley, reflecting on the journey that led to the first DSC test pattern. Working with the CBC Engineering team in Montreal, the problem was identified, and CBC suggested that Corley produce a grayscale test pattern on color film that would optimize color quality during the transfer of film in a telecine film chain.

“We needed to produce a test pattern with tolerances that were 10-times tighter than any industry standards at the time. To achieve this, we had to re-engineer commercial cameras, printers, processors, and densitometers,” said Corley. “After two years of work, we produced the first practical test patterns that met EBU and SMPTE-C colorimetry standards. Looking back on it now, this was a groundbreaking achievement.”

The specialized equipment designed by Corley has made landmark advances in the audio-video industry, and his innovations continued with the advent of digital imaging. Pioneering DSC test charts, such as the rear illuminated Ambi/Combi and front-lit CamAlign test charts, have proven to be critical developments for capturing optimum image quality for HDTV as well as digital cinema.

Complete details about the SMPTE 2017 Awards Gala and tickets are available at www.smpte2017.org/awards-gala.html.