The European Audiovisual Observatory, part of the Council of Europe in Strasbourg, and Russian film consultancy Nevafilm, is organizing a free conference January 27 during the 18th CSTB 2016 in Moscow. A networking drinks reception will follow the conference. The Observatory and Nevafilm will present their new report on the Russian television and video on demand market. This new report will be available free for download following the conference. 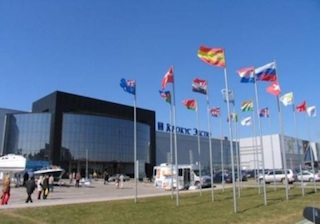 A Russian panel discussion with professionals from the television and VOD sectors will then provide insight on the challenges for Russian professionals working with Europe.

Susanne Nikoltchev, the Observatory’s Executive Director, said that thanks to its cooperation with Russian research institutions such as Nevafilm, the Observatory could boast “valuable expertise in its analysis of the Russian television and film industries.” She added that she hoped that this year’s Observatory conference would provide “European market intelligence and valuable insight” for Russian professionals wanting to work with the rest of Europe.