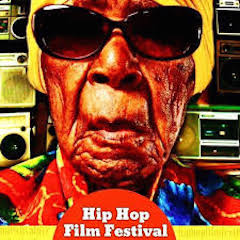 More than 200 filmmakers from around the world will present stories from the culture across genres including drama, sci-fi, action, thriller and more. The festival awards the distinction of Best of the Fest in more than 21 categories including Best Feature, Best Documentary, Best Web Series, and more.

Films meant to stream online (videos, web series and qualifying shorts) will be available for screening in the 247Live! Theatre and accessible to all pass holders. In its fifth year, the Hip Hop Film Festival continues to build upon its mission of providing a platform for filmmakers from the global culture of Hip Hop and promoting economic sustainability for filmmakers.

Through its networks, digital resources, and streaming platform 24/7 Films TV, the Hip Hop Film Festival expanded its international presence with regional festival editions in South Africa, Europe, Kenya, and West Africa. Top filmmakers from each region will be selected to be featured in this year’s festival.

“We rock on any block regardless of what’s going on in the world and have always represented the culture. We offer year-round programming for filmmakers and I’m excited to offer more resources to more filmmakers through this year’s festival,” said Hip Hop Film Festival’s founder C R Capers.

Through its sponsors and partnerships, the Hip Hop Film Festival will award prizes that help festival winners to finance and distribute their content. This year’s Best Festival winner receives a meeting with NBC Universal for the opportunity to direct a national television episodic. The winner of the Best Web Series competition receives an acquisition meeting with BET Networks. Revolt Networks is offering acquisition and licensing meetings for the Best Feature Documentary and Best Short winners. The winner of the ACT UP! Screenwriter’s competition will receive an acquisition meeting with Theo Rossi’s production company DosDudes and direct entry into Final Draft’s Big Break competition.

This year’s prestigious G.O.A.T. (Greatest of All Time) Award honors the legacy of rapper, actor, producer, director, and writer, Ice Cube. Omari Hardwick will receive this year’s Icon Living Award for his contributions to the industry.

The festival will also be debuting content on Revolt TV on July 24 to showcase the best talent that the HHFF has to offer with a takeover of the network’s top-rated program Short & Fresh.

For more information and to get festival and press passes, visit http://www.hiphopfilmfestival.org.