Frame.io, one of the world’s leading video review and collaboration platform used by more than one million filmmakers and media professionals, has hired Michael Cioni as senior vice president of global innovation. Cioni, one of the industry’s most prominent production and post workflow experts, joins Frame.io from international camera company Panavision, where, in a similar role, he spearheaded numerous breakthrough products and workflows, including the Millennium DXL 8K large-format camera system.

At Frame.io, he will lead a new LA-based division focused on the continued investment into cloud-enabled workflows for motion pictures and television - specifically, automated camera-to-cloud technology. “Frame.io is looking beyond today’s use of the cloud,” said Cioni. “We’re aiming to reinvent the entire professional workflow.“ 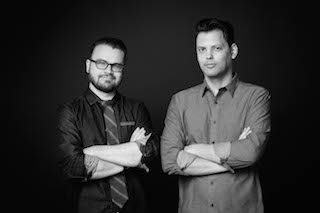 “The professional filmmaking process is going through the largest functional change since the shift from analog to digital,” said Frame.io CEO Emery Wells. “Cloud-based technologies are transforming every industry, but moving more of the filmmaking process to the cloud presents unique challenges around security, file sizes, and scale. We created Frame.io to solve the pain points that we, as video creators, lived through while working in post-production.”

When it comes to security, Frame.io has responded to Hollywood’s unique needs by making it a cornerstone of the platform. “Frame.io has invested deeply in security so that customers experience efficient, documented, and trustworthy cloud accessibility of their highest-value media,” said Cioni.

Additionally, “Hollywood’s attention to image quality, archiving, and future-proofing are all core aspects of the Frame.io platform,” Cioni said. “Emery and I both know what it means to work with high fidelity files, so at Frame.io we are developing a totally new direct camera-to-cutting room collaboration experience.”

Frame.io has been 100-percent cloud based since day one. "We started seeding new workflows around dailies, collaborative review, and real-time integration with nonlinear editors for parallel work and approvals. Now, with Michael, we’re building Frame.io for the new frontier of cloud-enabled professional workflows,” Wells said. “Frame.io will leverage artificial intelligence and a combination of software and hardware in a way that will truly revolutionize collaboration.“

With Cioni, Frame.io’s vision for the next generation of professional cinema workflows will be completely anchored in cloud-based technologies. “A camera-to-cloud approach means filmmakers will have greater access to their work, greater control of their content, and greater speed with which to make key decisions,” said Cioni. “Our new roadmap will dramatically reduce the time it takes to get camera-original material into the cutting room. Our user-configurable AI engine will enable filmmakers to use Frame.io to perform a number of tasks automatically—in some cases, instantly. Directors, cinematographers, and editors will all be able to work with recorded images in parallel, without the need for transcoding, regardless of location.”

Cioni added, “We have a working model of the system” and are targeting 2020 for an official product launch.

As the lines between production and post-production continue to blur, the company believes this move uniquely positions Frame.io to respond to the pervasive need for global studios and creatives to collaborate without geographic boundaries or borders.