John Heller, a highly accomplished visual effects supervisor whose credits include such films as Big Miracle, Percy Jackson & The Olympians: The Lightning Thief and The Bourne Legacy, has joined the staff of FuseFX. Heller, based at the company’s Los Angeles studio, has already contributed to a number of television projects, including the series CSI: Cyber, The Outsiders and Rush Hour. 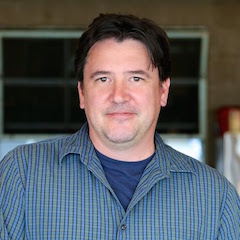 “John is a smart and savvy artist with a refined eye for aesthetics and strong storytelling skills,” said FuseFX President David Altenau. “He is also a great team leader who knows how to get the best from his people. We are very pleased to have the benefits of his talent and experience.”

Heller was drawn to FuseFX by its reputation for excellence and strong commitment to the Los Angeles production market. “FuseFX is a busy studio that produces great work and has been growing when others are struggling,” he said. “The company has a solid business model and has assembled a fantastic group of people.”

Heller began his career as a photographer and digital artist. In 1996, his interest in film led him to the visual effects studio VIFX where one of his first credits was as an Inferno artist on James Cameron’s Titanic. In 1999, he joined Rhythm & Hues and spent 13 years with the company, rising to VFX supervisor.

With more than 50 feature films under his belt, Heller said that he was excited to take on new challenges in television at FuseFX. “This company has a lot of faith in its people,” he observed. “They allow supervisors a great deal of autonomy—within their production model—to run their shows and make creative decisions. It’s a supportive environment where they provide you with good people and trust you to do your job.”

Heller’s new role includes supervising visual effects production on the set and in the studio. “I love collaborating with people in creating imagery and storytelling, whether that happens on a set with a director or in a studio with a team of CG artists,” he said.