FuseFX has appointed visual effects industry veterans Randall Rosa and Wendy Lanning to head its production facility in Vancouver. Rosa will lead the creative team as head of production/senior VFX supervisor. He brings more than 20 years of experience in senior creative and management roles, including posts with Stan Winston Digital and Digital Domain. Lanning arrives as executive producer and will oversee client relations, business development and strategic planning. 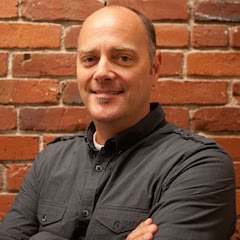 FuseFX launched its Vancouver operation in 2014. In Vancouver, it produces visual effects for such series as The Magicians, Dark Matter, Zoo, Salem, Aftermath and Timeless. Upcoming projects include Prison Break and Mist.

“Vancouver is one of the most dynamic markets for television production in the world and we have built a team there that is acutely attuned to television production and knows how to deliver superb visual effects,” said FuseFX president David Altenau. “Randall and Wendy bring the experience and the drive to continue that success and help us reach the next level. We’re very excited about our future in Vancouver.”

Rosa previously served as animation director and oversaw the 3D department for Air Bud Entertainment for a number of family features for Disney and Netflix.While studying computer science and art & design at California Polytechnic University, he was encouraged to attend California Institute of the Arts and study animation by John Lasseter. After graduating from Cal Arts in 1993, he joined the newly forming Digital Domain, eventually rising to animation supervisor while contributing to such blockbusters as True Lies, Apollo 13 and How the Grinch Stole Christmas, as well as award-winning television commercials for GM, Coca-Cola, Mercedes Benz, Budweiser and others. 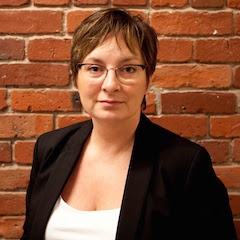 Rosa called his role with FuseFX an opportunity to build on the strong creative team at FuseFX and work on the best shows in television. “This company has great talent and I want to foster an atmosphere where artists are continually challenged and clients’ creative goals are always exceeded,” he said. “It’s a wonderful time to be in Vancouver and to work in episodic storytelling.”

Lanning’s career in visual effects spans 20 years in Vancouver and Toronto. Most recently, she was visual effects executive producer at Psyop Film & Television, Vancouver. She held a similar post with Look Effects, Vancouver, where her credits included Game of Thrones, The Walking Dead and Noah. She also served in producer roles with Digital Domain and Prime Focus. She was a co-founder and executive VFX producer of Intelligent Creatures, a Toronto visual effects house. Highlights there included Mr. & Mrs. Smith, The Fountain and Babel.

“I’ve been a big fan of FuseFX,” Lanning said. “The company has an excellent leadership team that is redefining episodic visual effects. The Vancouver office has been producing excellent work and I see great potential for its growth.”