In a further strengthening of its Los Angeles production staff, FuseFX has added three veteran visual effects producers. They include Sean Tompkins, a two-time Emmy nominee who previously served as associate head of production at Zoic Studios. Also new to FuseFX are VFX producers Danielle Bemis and Miles DeLong. 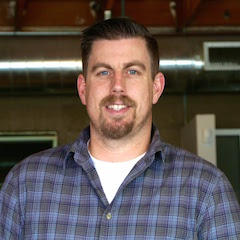 Tompkins, who received his Emmy nominations for Falling Skies and Hemlock Grove, has also produced visual effects for such shows as Homeland, True Blood, Mad Men and Fringe.  He began his career with the iconic CBS series CSI: Crime Scene Investigation before joining Zoic in 2007. At FuseFX, Tompkins is producing effects for the CBS series Sleepy Hollow, Rush Hour and Limitless, among other projects.

"Delivering great effects on time and on budget is at the core of what we do,” said FuseFX president David Altenau. “Sean’s wealth of experience in managing large teams and complex project will help us continue to deliver the results our clients expect. We are thrilled to have him on our team.”

Tompkins said that he was attracted to FuseFX by its reputation in the visual effects industry. “I saw the quality of their work and wanted to be part of it,” he explained. “I saw it an opportunity to work on great shows and create fantastic effects.”

Bemis brings ten years of experience in 3D animation, visual effects and post-production. She has led large teams on complex projects for such clients as HBO, ABC, Yahoo and Universal Pictures

A graduate of Emerson College, Bemis began her career with DreamWorks Animation where she worked on such projects as The Croods and Kung Fu Panda 2. Prior to joining FuseFX in 2015, she spent two years as a freelance VFX producer with credits including White Collar, Once Upon a Time, Resurrection and Other Space.

DeLong began his VFX career with DreamWorks Animation on the animated features Shark Tale and Bee Movie. He spent six years at Modern VideoFilm, where he was VFX Producer on a number of hit series, including Modern Family, Sons of Anarchy and Pretty Little Liars. He also produced and supervised the visual effects for the Blu-ray edition of Star Trek: The Next Generation Season 4. His background includes a post with Flash FilmWorks, where he worked on the HBO Miniseries The Pacific, and a year at Entity FX where he was the VFX producer on The Vampire Diaries.

At FuseFX, he is working on shows such as Mercy Street, American Crime Story and The Outsiders.