The Göteborg Film Festival is introducing The Hypnotic Cinema – what the organizers are calling “a mind-bending experiment where visitors are challenged to lose control in the cinema by being hypnotized.” The Hypnotic Cinema examines the possibility to intensify the film experience for those courageous visitors who dare to let loose in the cinema. This year’s festival is being held January 28 through February 6 in Gothenburg, Sweden. 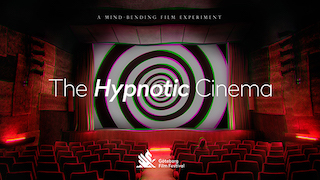 “The rules and restrictions of the past year have illuminated how to maintain order in society and what really governs people’s thoughts and behaviors,” says Jonas Holmberg, artistic director at the Göteborg Film Festival. Maybe we don’t make decisions as independently as we like to think? With The Hypnotic Cinema we want to raise questions about submission, transgression, and control,”

Before three chosen films, a hypnotist will perform a mass hypnosis from the mainstage at Stora Teatern in Gothenburg. The hypnotist will transform the audience’s state of mind in accordance with the mood and theme of the film. After the screening, the hypnotist will break the hypnosis.

There are many common points of reference between the film medium and hypnosis. In early film history, the immersive experience of the movie theatre was often compared with hypnosis – a conscious mental submission, in the borderland between dream, sleep and wakefulness. 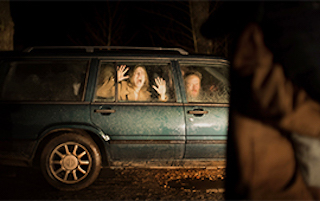 "Watching a film in the cinema can be extremely hypnotic,” says Holmberg. “At home, with a tablet, it is much harder to maintain the focus you need to get really absorbed by a film. Now, as Göteborg Film Festival returns to theaters, we add another hypnotic layer. The Hypnotic Cinema is both a tribute to and an extension of the experience of watching films at the movie theatre."

The Hypnotic Cinema is part of this year´s festival focus, Disorder, in which the festival explores the boundary between order and disorder, in our society and within ourselves.

Three of the festival films will be screened as a part of The Hypnotic Cinema. All of which, in different ways, takes the audience on an emotional journey and thematize people’s relationship to different states of consciousness.

The Thai Golden Palm-winner, Apichatpong Weerasethakul, has created his own film universe, with a distinctive, realistic, magical, and hypnotic style. In his new masterpiece Memoria, which was awarded the jury prize at the Cannes Film Festival, Tilda Swinton plays an orchid enthusiast awakened by a mysterious loud bang that no one else has heard.

The acclaimed Iranian artist and filmmaker, Shirin Neshat, take the pulse the American dream together with Shoja Azari in Land of Dreams, a surreal satire that mixes dreamy elements with colorfully twisted scenes. With Matt Dillion and Isabella Rosselini in the cast, the story explores the relationship between the state and the individual and who’s in control of our subconscious.

In Speak No Evil, a Danish family visits Dutch acquaintances from a holiday trip, in an intense psychological thriller about parenting and social conventions. The director, Christian Tafdrup, creates a creepy atmosphere that becomes more and more unpleasant as the Dutch hosts start to behave both strange and threatening.