In cooperation with The University of Gothenburg and Region Västra Götaland, the Göteborg Film Fund 2022 is now opening the call for three residencies with a duration of three months each. The Göteborg Film Fund is an initiative from Göteborg Film Festival to support films and filmmakers in regions where filmmaking is difficult, due to economic or political reasons. 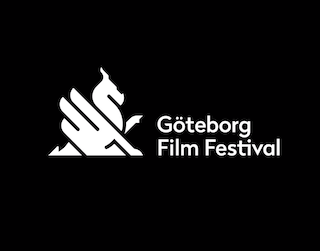 During 2021 Ukraine was one of the four countries where Göteborg Film Fund was active. Since the war broke out in Ukraine, Göteborg Film Festival has been working to find ways to keep supporting Ukrainian filmmakers who have been displaced due to the war.

Fund manager Camilla Larsson said, “We hope that our residencies can give at least a few filmmakers the opportunity to continue their work in a peaceful environment, whether they want to develop scripts or new projects or finish existing ones. Since we already had a strong connection to the Ukrainian film community, we are happy to be able to provide this possibility for Ukrainian filmmakers to keep working from Sweden, until they can do it at home again.”

Conny Brännberg, regional councilor, Region Västra Götaland said, “The solidarity with the Ukrainian people is widely expressed in Sweden. We are happy to provide facilities for the artists and filmmakers to continue their important creative work and cultural expression. I am also convinced that they will contribute to the creative development in West Sweden.”

The three residencies consist of:

Three months of stay in Göteborg: Apartment (with room for family members if needed) and per diem (SEK 10 000/month)

Travel costs to and from Göteborg

Workspace at the offices of Göteborg Film Festival

Introduction to different industry networks in the region.

The residencies are open from June to August, although the dates can be adjusted if needed. The call is open to feature fiction or feature documentary projects, at any stage of production, made by Ukrainian filmmakers (directors, producers, screenwriters, editors etc.).

The residencies are organized with financing from Region Västra Götaland and in cooperation with HDK-Valand at the University of Gothenburg.

During 2021 Göteborg Film Fund selected eight Ukrainian projects for development and postproduction support. One of them, Pamfir, by Dmytro Sukholytkyy Sobchuk, produced by Alexandra Kostina for Bosonfilm, together with with Les Films D'Ici, Madants and Quijote, will be screened in the Directors’ Fortnight section at the festival in Cannes next week, where also no less than four of the producers selected for support from Göteborg Film Fund – Denis Ivanov, Sashko Chubko, Darya Bassel and Natalia Libet – will attend the Ukrainian focus at Marché de Cannes.

Applications should contain a short description of the project to be worked on during the residency, a resume of the filmmaker and a personal letter. Send the application to: [email protected]

The selection will be made on an ongoing basis.