Twain Richardson, a conform editor with credits spanning television, documentaries, advertising, and shorts, has joined Goldcrest Post. Bringing more than a dozen years of experience, Richardson has developed a broad skill set and a credit list that includes the Oscar-shortlisted documentary All In: The Fight for Democracy for Amazon Prime, the BAFTA-nominated documentary Becoming Cousteau for Nat Geo and the provocative documentary Britney vs Spears for Netflix. 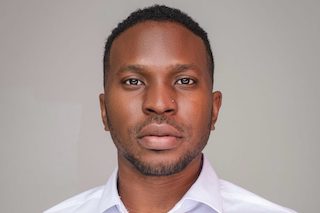 Richardson has a history with Goldcrest, having worked remotely with the post house on several recent projects including the fifth season of the Netflix series Somebody Feed Phil. In his latest project, Richardson served as finishing editor on Hell of a Cruise from Goldcrest Films and director Nick Quested. Slated for release this fall, the feature-length documentary tells the story of the Diamond Princess, a cruise ship that experienced a Covid outbreak onboard during the early days of the pandemic.

“We were very impressed with Twain’s dedication, skill and enthusiasm,” says managing director Domenic Rom “His dream has been to work in New York, and we are thrilled to have him realize that dream as part of our team.”

A native of Jamaica, Richardson headed a finishing studio there for the past 12 years under the name Frame of Reference. His background also includes work as an editor and colorist with PostMasters, DSE Media and Hype TV. He served as a demo artist for Blackmagic Design at NAB 2019.

Experienced in many aspects of post, Richardson has recently focused on editorial. “I love the whole process of editing, the problem-solving,” he says, “whether it’s the technical challenge of converting frame rates or the broader responsibility of taking a project from offline though online to delivery.”

Richardson is a member of the Post New York Alliance and serves on its Education and Diversity committees. He has also organized several PNYA events focused on editorial and color. For five years, he hosted a workshop in tandem with the Caribbean Institute of Media and Communication to interest high-school students in film industry careers.

Richardson points to his remote work with Goldcrest and inspiring him to leave Jamaica and relocate permanently to New York City. “Joining Goldcrest is an opportunity to work on more diverse and higher profile projects,” he explains. “I believe I bring a fresh perspective and I think my experience as a facility owner has made me a better editor and collaborator.”