Veteran post-production executive Mark Kaplan is joining Goldcrest Post as executive vice president. A highly regarded industry veteran, Kaplan will be tasked with growing the facility and attracting more work from both inside and outside New York City, including Los Angeles and London. He comes aboard the facility after 20 years at Technicolor, Los Angeles, (now Formosa Group) where he was vice president of broadcast sales. 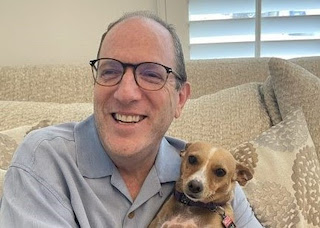 “Mark is a dear friend, and I am thrilled to be working with him again,” says managing director Domenic Rom. “He brings proven leadership skills and a history for helping companies grow. He’s a perfect fit for his new role at Goldcrest and we are delighted that he has chosen to be part of our team.”

Kaplan is relocating from Los Angeles to New York as he assumes his new responsibilities. “My role is quite broad. Although my focus is on sales and developing new relationships with studios and independent producers, I’ll also be involved in marketing, operations, and the bigger picture,” he said. “Although sound is my forte, I look forward to reaching out for picture post and visual effects opportunities, as well.”

Kaplan has worn many hats over the course of his career including sales and marketing executive, producer, director, post-production supervisor, talent manager and serial entrepreneur. In addition to his tenure at Technicolor, he has lengthy experience as a freelance post-production supervisor with credits including Rosencrantz and Guildenstern Are Dead, The Water Engine, The Heart of Justice, Amelia Earhart: The Final Flight, The American Clock and The Heidi Chronicles.

He also has a deep background as a producer and director of live theatrical events. Most recently, he directed the world premiere of playwright Dylan Brody’s And…Again, starring Paul Provenza and Mo Gaffney.

In discussing his move to Goldcrest, Kaplan points to his relationship with Rom and the facility’s tie to London-based independent producer Goldcrest Films. “The opportunity to work with a company that has produced more than 150 films and fully understands the point of view of the producer, the director and other creatives, made this a no-brainer,” he said. “This is also a chance to help a company run by passionate people expand its scope and become a force worldwide. We’re not New York-centric. We’re not Los Angeles-centric. We’re not London-centric. We’re a global company capable of servicing productions anywhere.”

He adds that with the pandemic winding down, this is an especially good time for high quality post-production companies. “Goldcrest gained a lot of experience in remote work during the pandemic and a knowledge base that they can apply moving forward,” he said. “They are in a great space and primed for growth.”