As part of a broad effort to expand its communications and IT infrastructure, Hollywood Center Studios has installed an enterprise-level WiFi network, providing uniform, high-speed Internet access across its entire studio complex. The network will ultimately include 150 access points that will allow studio office tenants and productions working on the lot to connect to the internet easily and more reliably. 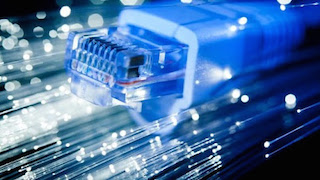 Hollywood Center Studios is one of the oldest and largest independent production facilities in Southern California. It features 12 stages used for television, feature and commercial production, as well as office space used by production companies, editorial operations and others. Disney, NBC, Comedy Central and MTV are among its many clients.

The deployment of this new network not only makes Internet access ubiquitous on the lot, it also affords the robust capacity to handle peak demand periods and “always on” availability. “Our clients need to be able to access the Internet from their offices, from the stages and from their editing rooms,” says Hollywood Center Studios studio manager J.L. Singer. “We have insured that high quality and evenly distributed access is available everywhere.”

Additionally, the unified network eliminates problems associated having multiple, independent WiFi systems operating in the lot environment. “Previously, when companies moved into a space, they’d set up their own IT infrastructures,” says Hollywood Center Studios systems administrator Elvis Miranda. “That often resulted in conflicts as frequencies would crossover and cancel each other out or diminished their ability to connect. Now, when a new tenant arrives, we simply flip a switch and they’re online. Our clients have fewer problems and better connections.”

Hollywood Center Studios has also added a new high-speed file transfer service. The service will allow producers working on the lot to upload and send huge media files at speeds many times faster than traditional file transfer protocols. “Producers can now send files from the set to off-site locations within a matter of minutes,” says Singer. “The ability to move data quickly is especially important to our television clients who need to share critical media files with members of their production team who may be located in different cities or even different countries.”