Hula Post supplied editing systems for The Batman, the long-running franchise on the superhero, based on the DC Comics character Batman. The feature harkens back to his second year of crime-fighting when he pursues the Riddler. Hula Post provided Avid Media Composer workstations, Nexis storage, and workflow designs for editor William Hoy, ACE, and first assistant editor Matthew Simpson initially in their homes then later at Warner Bros. Studios in Burbank, California for the entire editorial team. 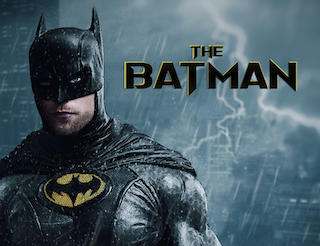 Hoy began work in late January 2020 at Warner Bros. Studios, Leavesden in England, using cutting rooms set up for him and a UK-based editorial team. However, due to the outbreak of COVID-19, he returned to the US on March 17th. He resumed in July 2020 in Los Angeles, where Hula Post set up local Avid systems in his home. In February 2021, Hula Post engineers, Simpson, and post-production supervisor Tina Anderson prepared to relocate Hoy to the Warner Bros. lot and set up workstations for the sizeable editorial team coming on board. Hula Post outfitted nine Media Composer workstations with 160TB of Nexis storage in individual rooms, taking up an entire floor.

Warner Bros instituted strict COVID protection protocols, specifically not allowing more than two people in a room together and requiring masks. “Matt Reeves and I always work together in a very collaborative and fast-paced way. He sits beside me at my Avid, then he can see everything I am doing, which allows us to really dig in and fine-tune the project,” said Hoy. “However, working for ten to twelve hours a day with a mask on was impossible, so we had to come up with another way.”

The solution was to set Reeves up in a separate room with a system that could see the editor’s Avid interface and output feed, enabling Hoy to completely mirror his system to the director. It allowed the director to see content from Hoy’s monitors in real-time as if he were sitting next to him. The editor’s 5.1 audio output was also sent to a mixer in the director’s room; therefore, Reeves heard the same audio as Hoy.

“One challenge we encountered was that screen sharing had to be secure and accomplished without touching outside internet,” said Simpson, whose job was to execute the workflow. “As a result, we were restricted to using Apple’s screen share app over our Nexis network, which initially limited us to monitoring one Avid interface screen at a time.”

Hula Post helped create a unique solution whereby the director’s system used two Mac Minis hooked into the local Nexis network to accomplish multiple Avid screen shares. Reeves was also connected to a video switcher so his client monitor could receive outputs from any Avid in the cutting room.

To make the system user-friendly, the other first assistant editor, Ben Insler, wrote a script mapped to a button on a Stream Deck, and when Reeves pushed it, it securely triggered his computer monitors and client monitor to bring up what was on Hoy’s Avid. “It was the closest approximation we could create, in a COVID world, of being in the same room,” Simpson said.

Insler also wrote scripts for multiple buttons on the Stream Deck, enabling Reeves to mirror the systems of the other editor Tyler Nelson, both first assistant editors Simpson and himself, second assistant editor Lian McFalls, visual effects editors Martin Allan Kloner, Derek Drouin and Mike Wilson and the editorial/post-production assistant Rachel LaFond. According to Simpson, “Each Avid had a feed to and from the video switcher, which allowed all of us to see a live output from any system in the cutting room, eliminating having to be in the same room.”

The Batman reunited Hoy and Hula Post once again. He edited several features using Hula systems, including War for the Planet of the Apes. “I used Hula Post on this project because I have a long history with them, said Hoy. “They have such a phenomenal engineering team with an ability to create a dynamic workflow for my projects, plus they provide the best technical support, which is really important on a project like The Batman.”