Hula Post supplied remote editing systems for WeCrashed, the AppleTV+ one-hour limited series based on the podcast, WeCrashed: The Rise and Fall of WeWork. 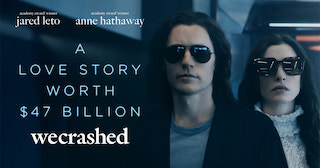 The series, which stars Jared Leto and Anne Hathaway, premiered March 12 at SXSW and debuted on the streaming platform Friday, March 18.  The eight-episode drama is inspired by the true story of the meteoric rise and crash of entrepreneur Adam Neumann, the founder of WeWork. It finitely focuses on the relationship between Neuman (Leto) and his abstruse wife, Rebekah, (Hathaway), as they seek to change the world and the narcissistic manner of their attempts to do it. 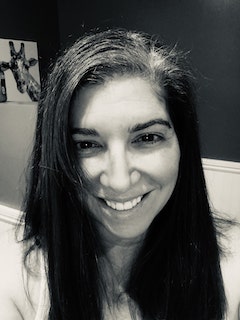 Weinfeld started editing in May of 2021, finishing around Christmas. She cut episodes 103, 105, and 108, and her routine was to watch the dailies to see what the scenes looked like and assess them. As with every show, her goal is to get each scene through to a rough cut, thus ensuring she is always caught up to camera by the end of the day. After that, she sets it aside, coming back the next day to look at it, finesse it then move on to the next scene.

"I like to move through as quickly as possible to have more room on the back end to fine tune it," said Weinfeld about her process.

When principal photography began, the world was still in the throes of the COVID-19 pandemic, particularly in Los Angeles, the location of the editing team. In addition, mask mandates were still in place, and vaccinations recently expanded beyond high-risk groups.  Therefore, Apple Studios, the production company behind WeCrashed, decided that the editors should work from home. Hula Post designed an all-remote workflow through its Hula Post Everywhere service for the editorial team.

The remote editing system consisted of six Avid Media Composers set up locally at Hula Post for each editor. Using a Residential Remote Interface in-home installation, they accessed their individual systems via a secure connection with dedicated bandwidth and Nexis storage.

The media was stored in the Datacenter, set up in a unique, secure environment at Hula Post's headquarters in Burbank. Weinfeld, who worked remotely on several shows during the pandemic, said, "Using Hula Post Everywhere went extremely well, and I worked at the pace I am accustomed to without lag time."